Thankfully there was no Beast from the East this year, so the St David’s Day dinner took place as arranged at Mortonhall Golf Club, where 40 members of the Society enjoyed some excellent food and company, and welcomed back Ann Evans as our Gwraig Wadd. 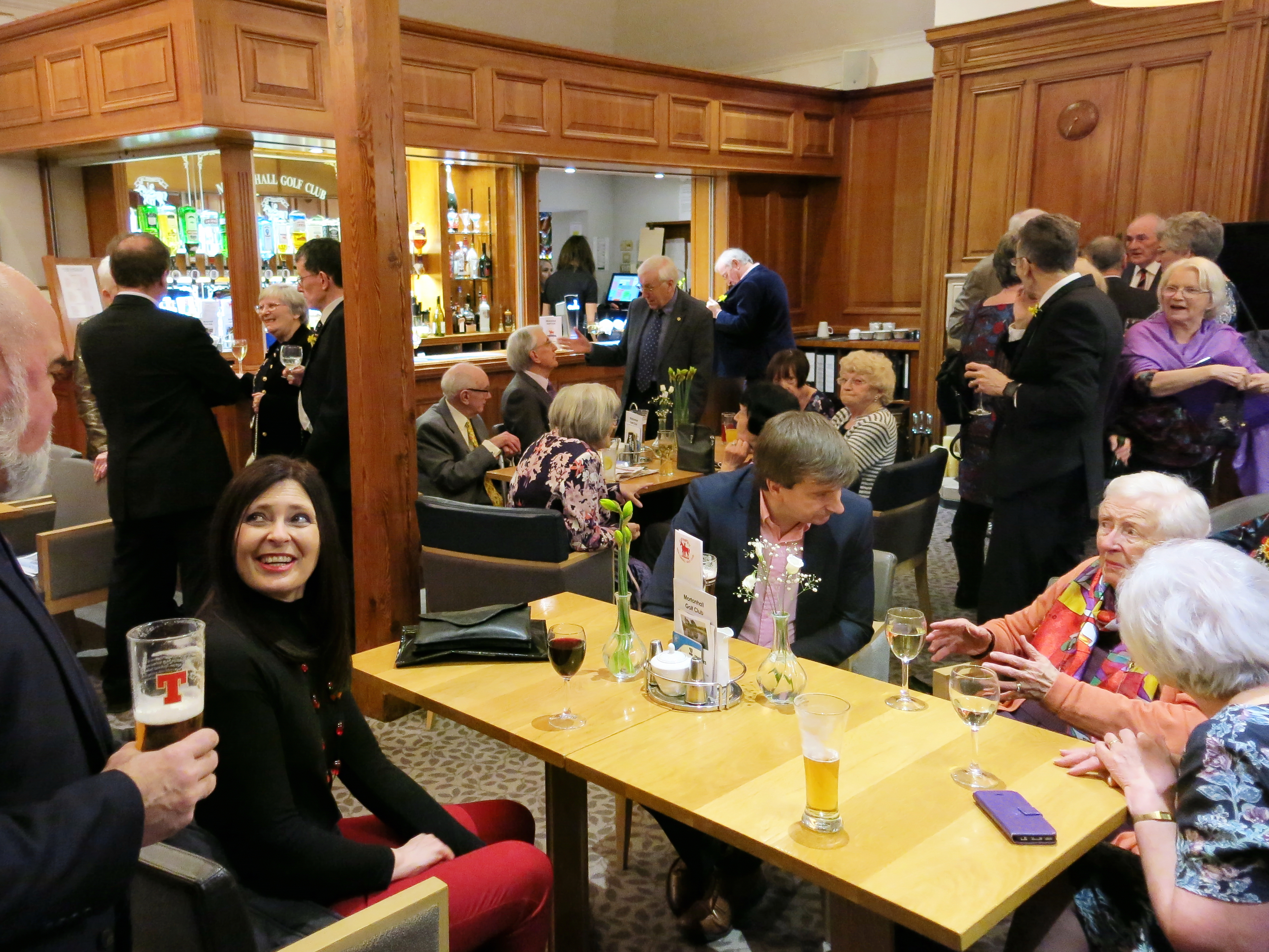 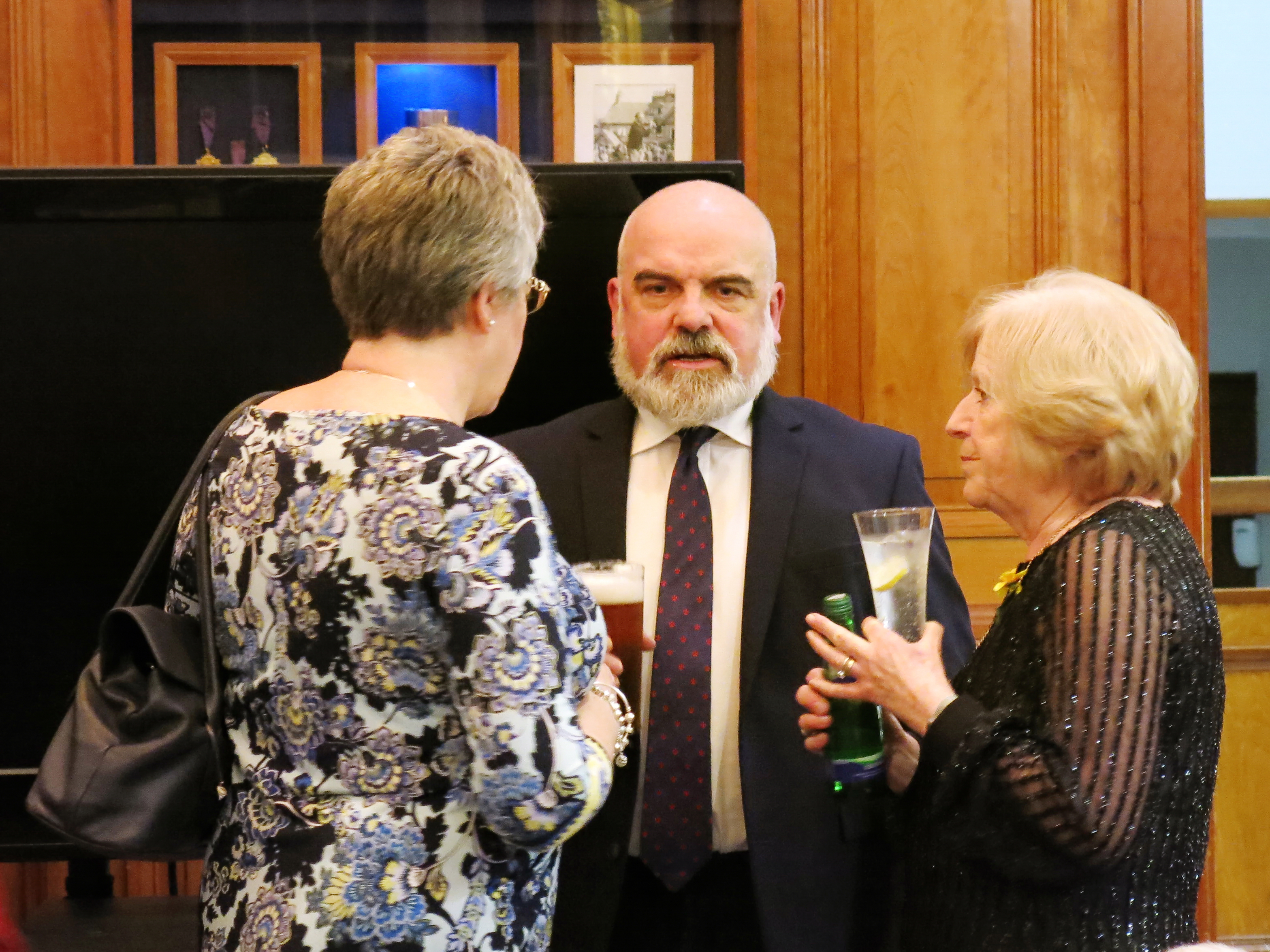 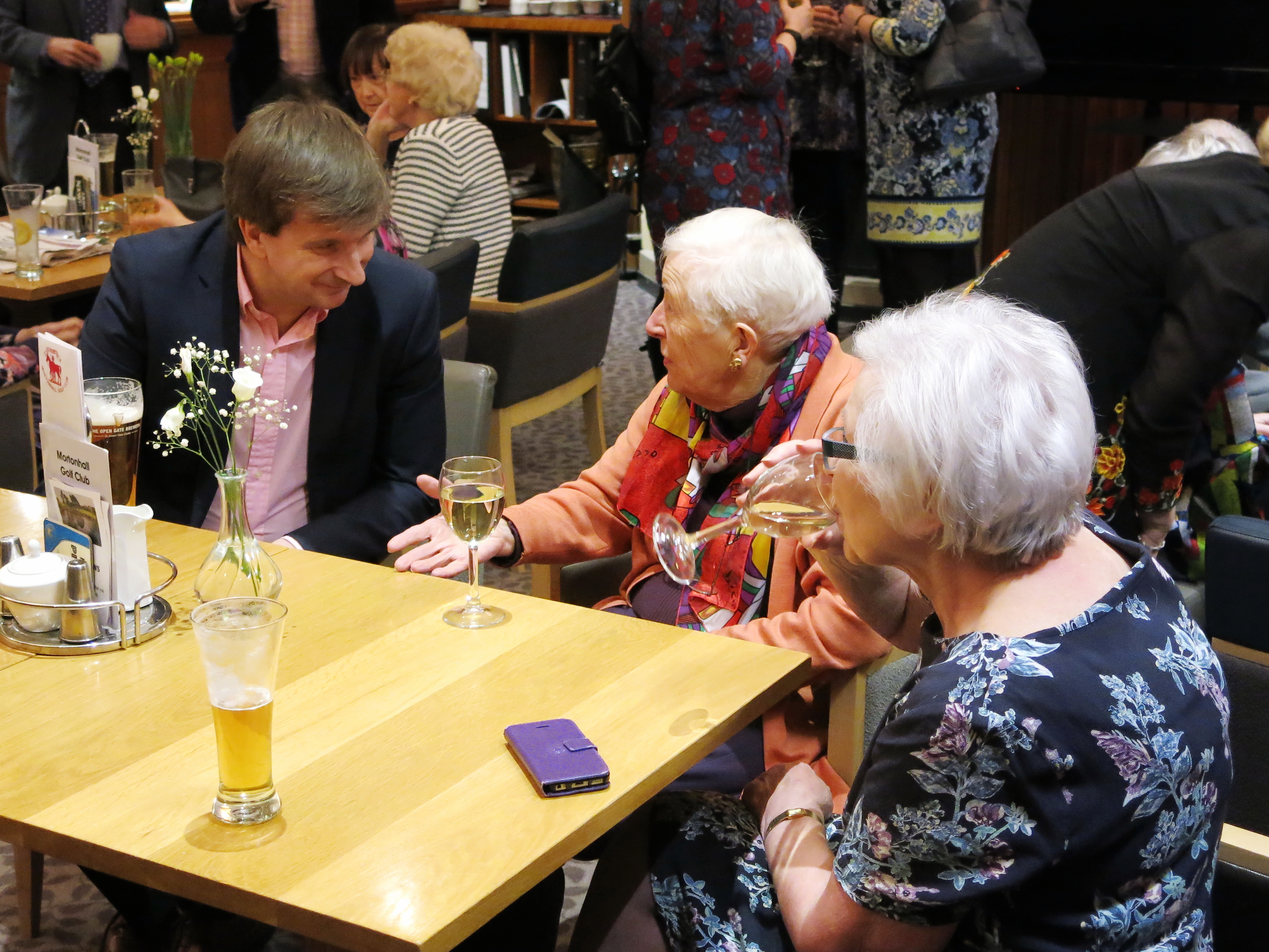 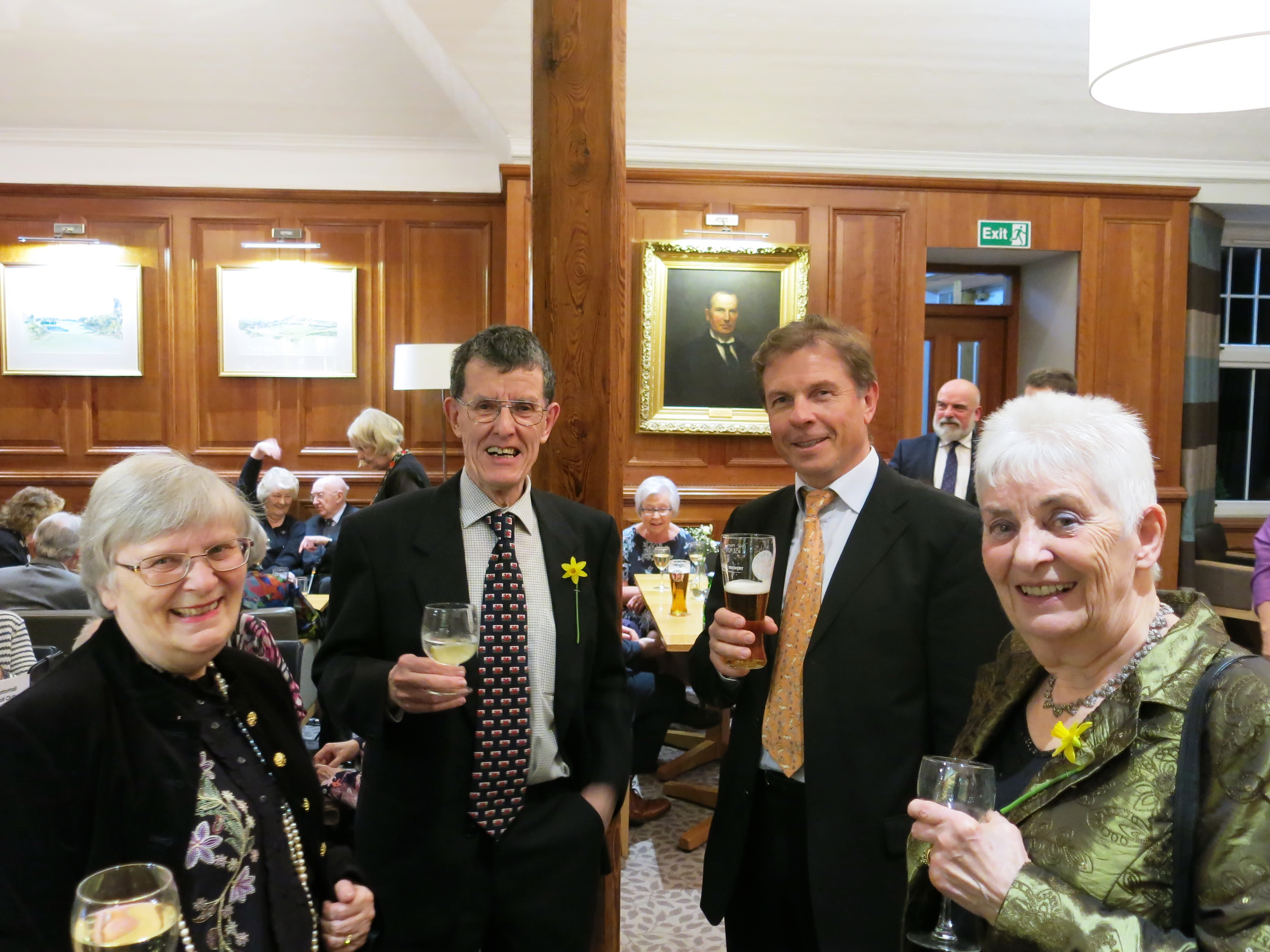 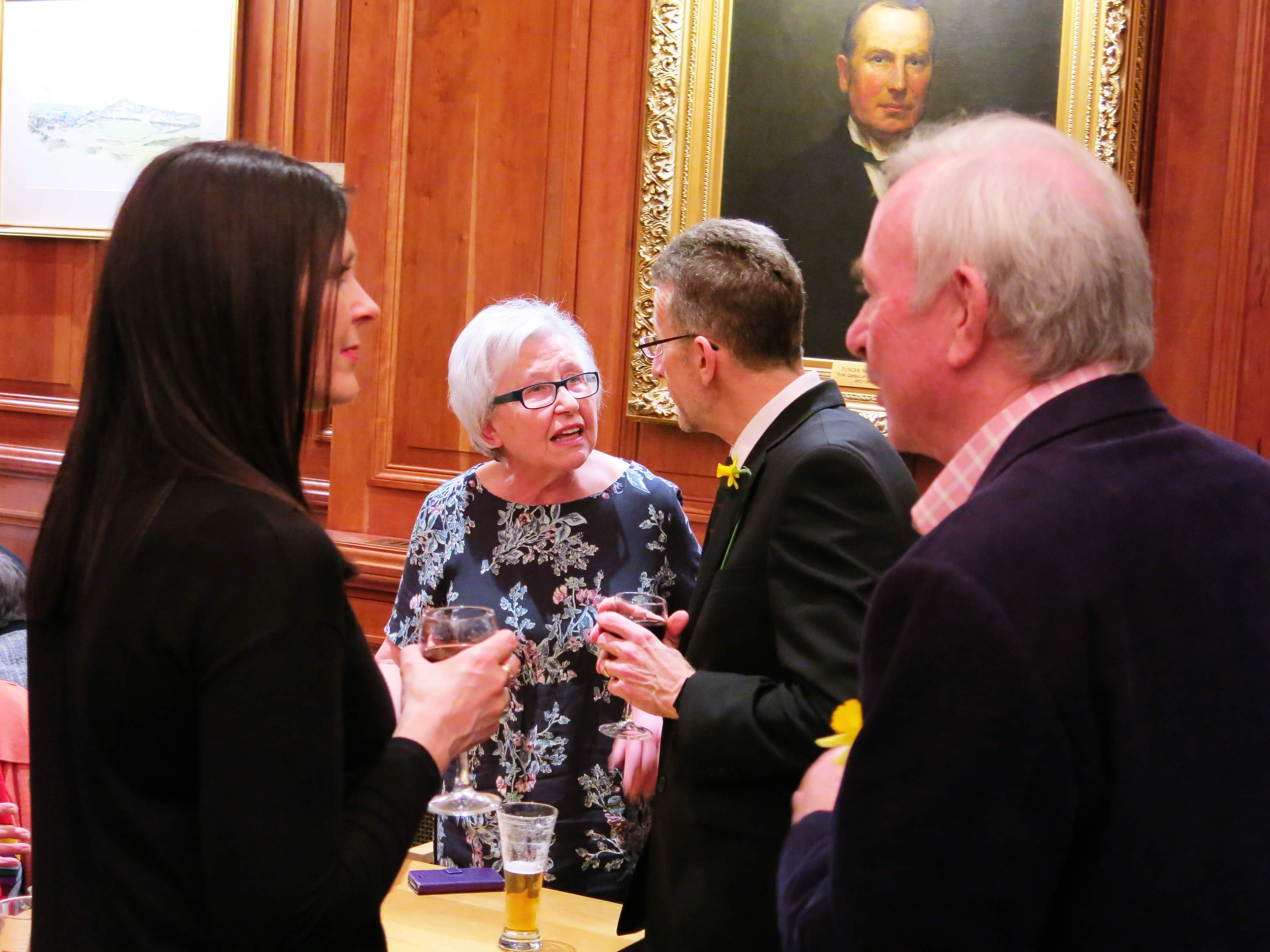 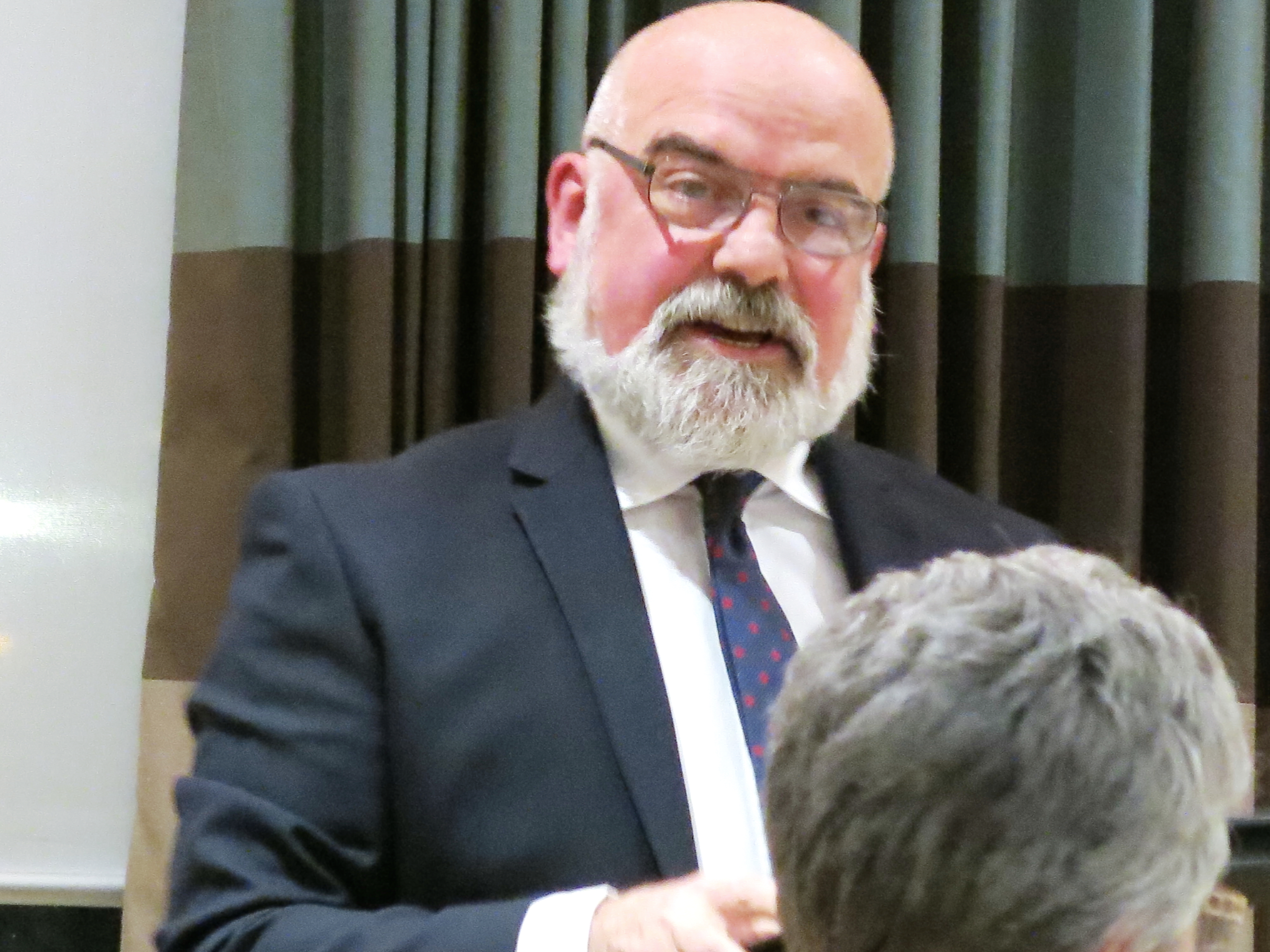 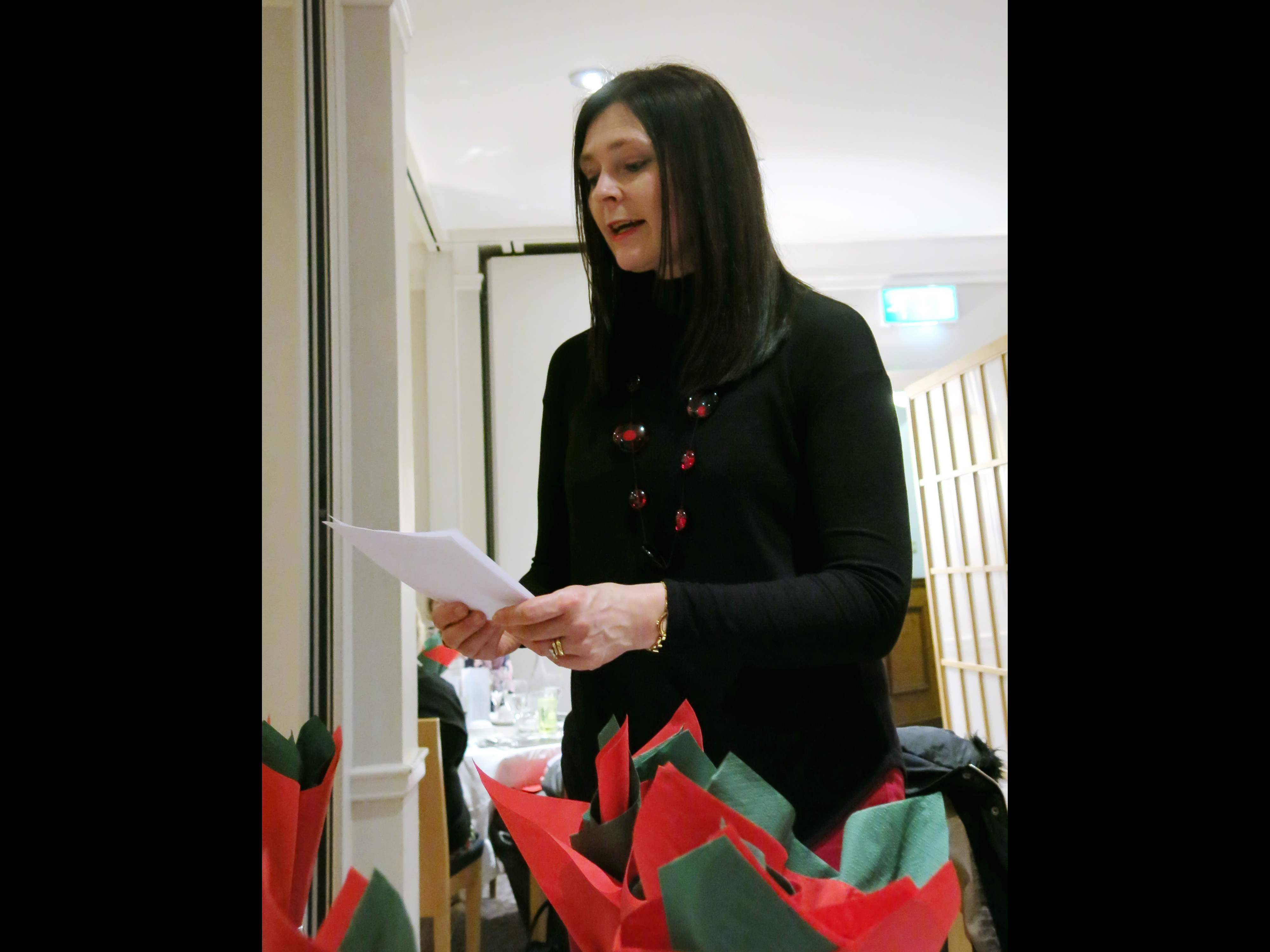 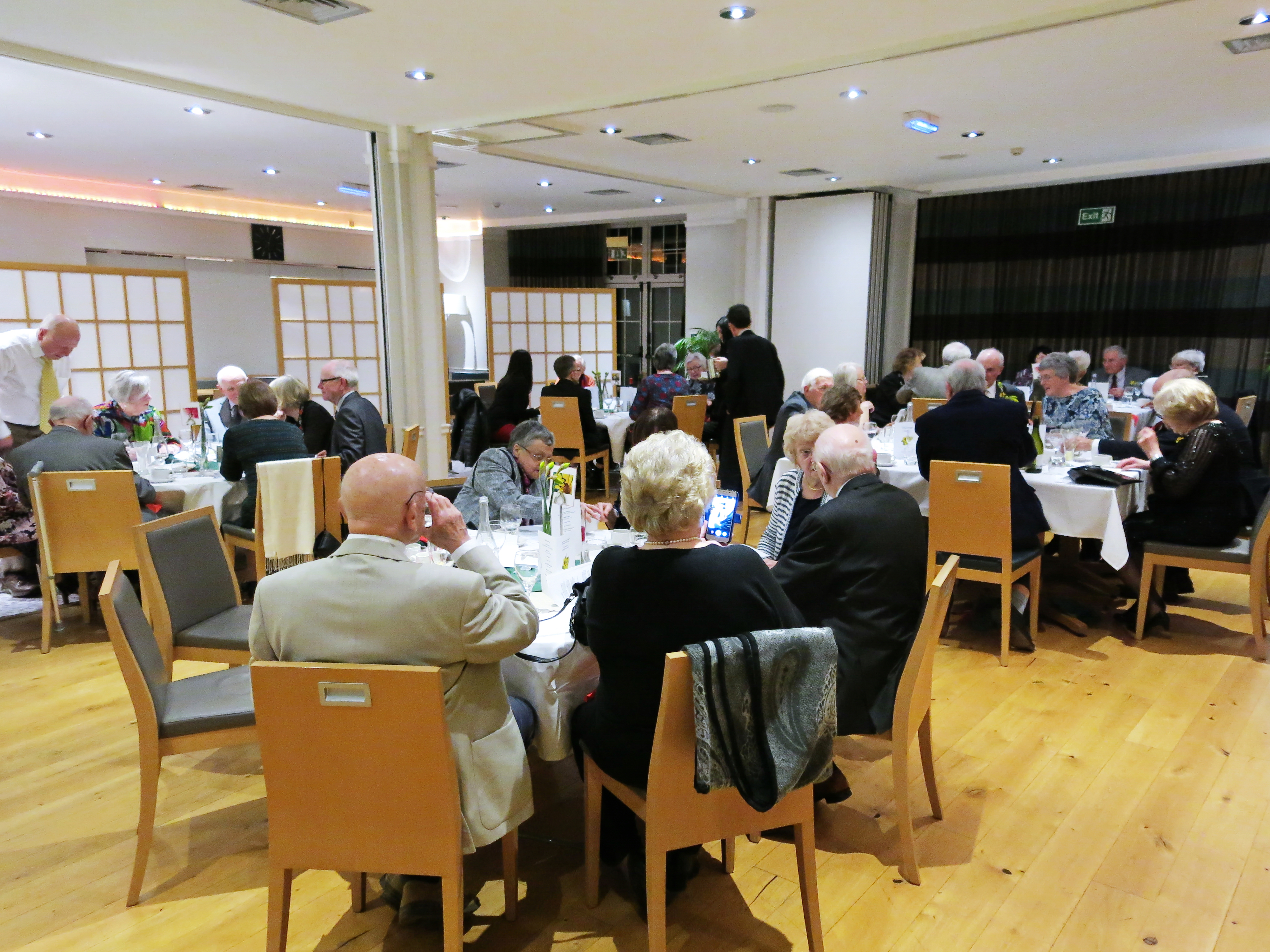 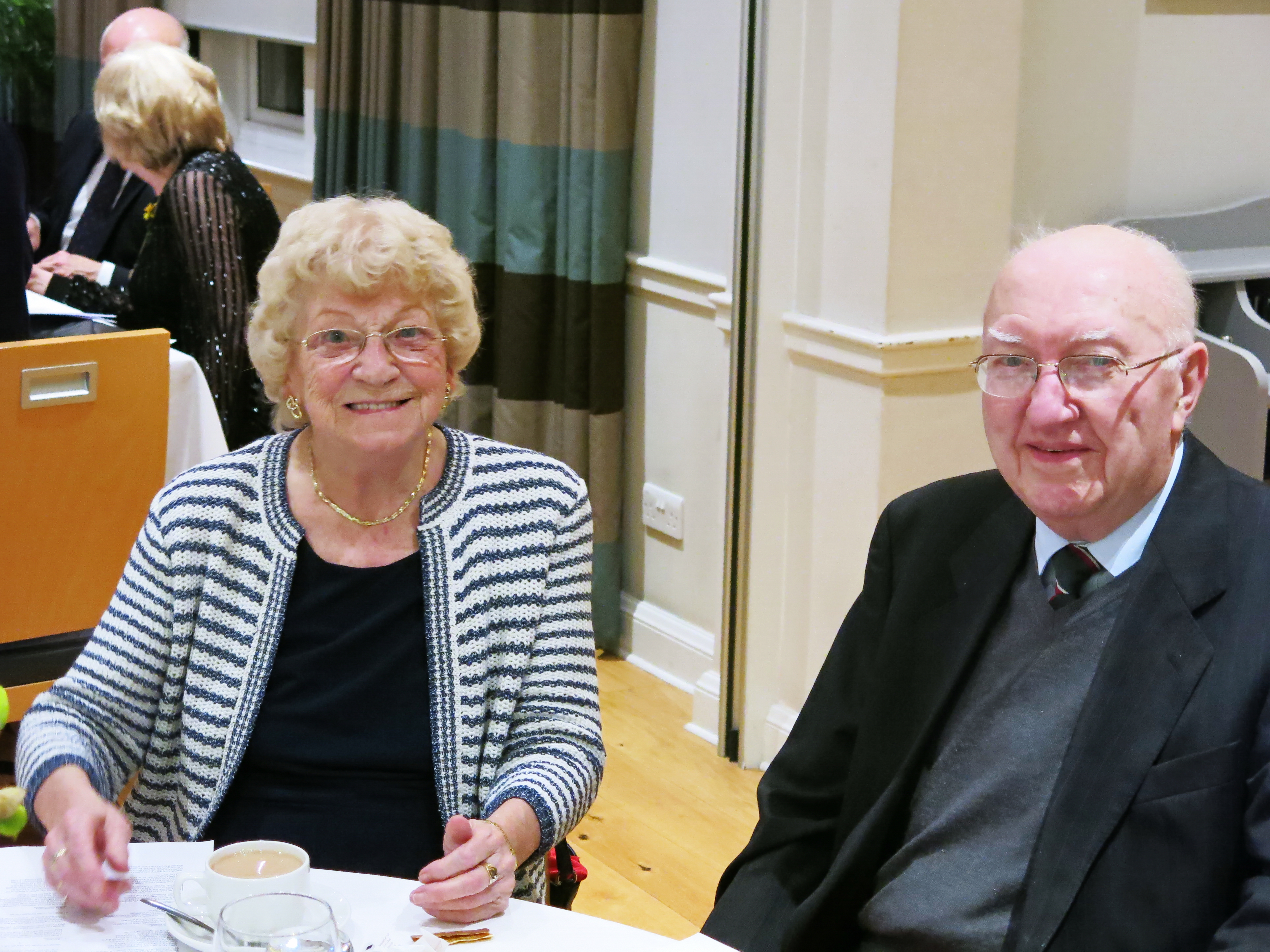 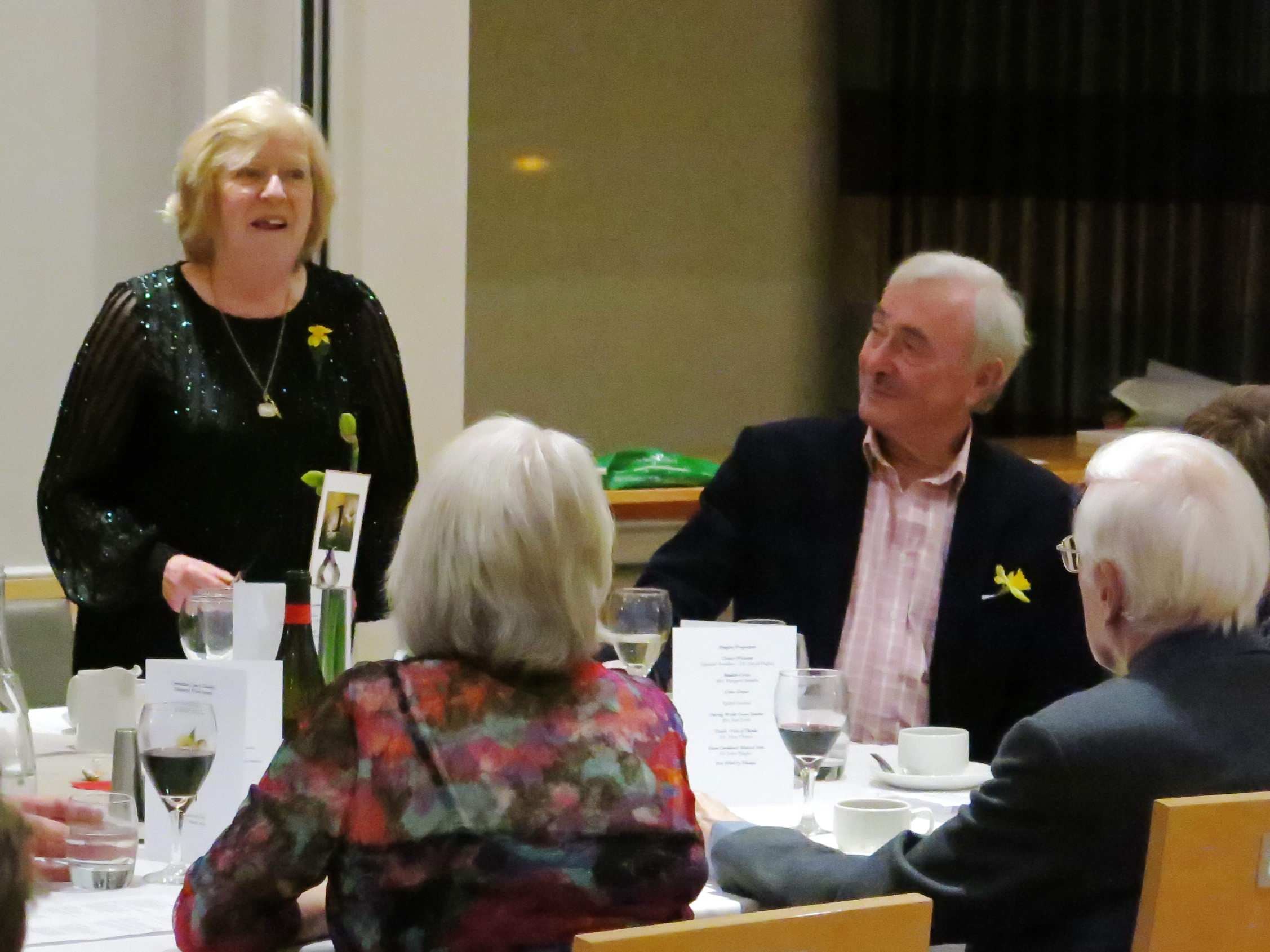 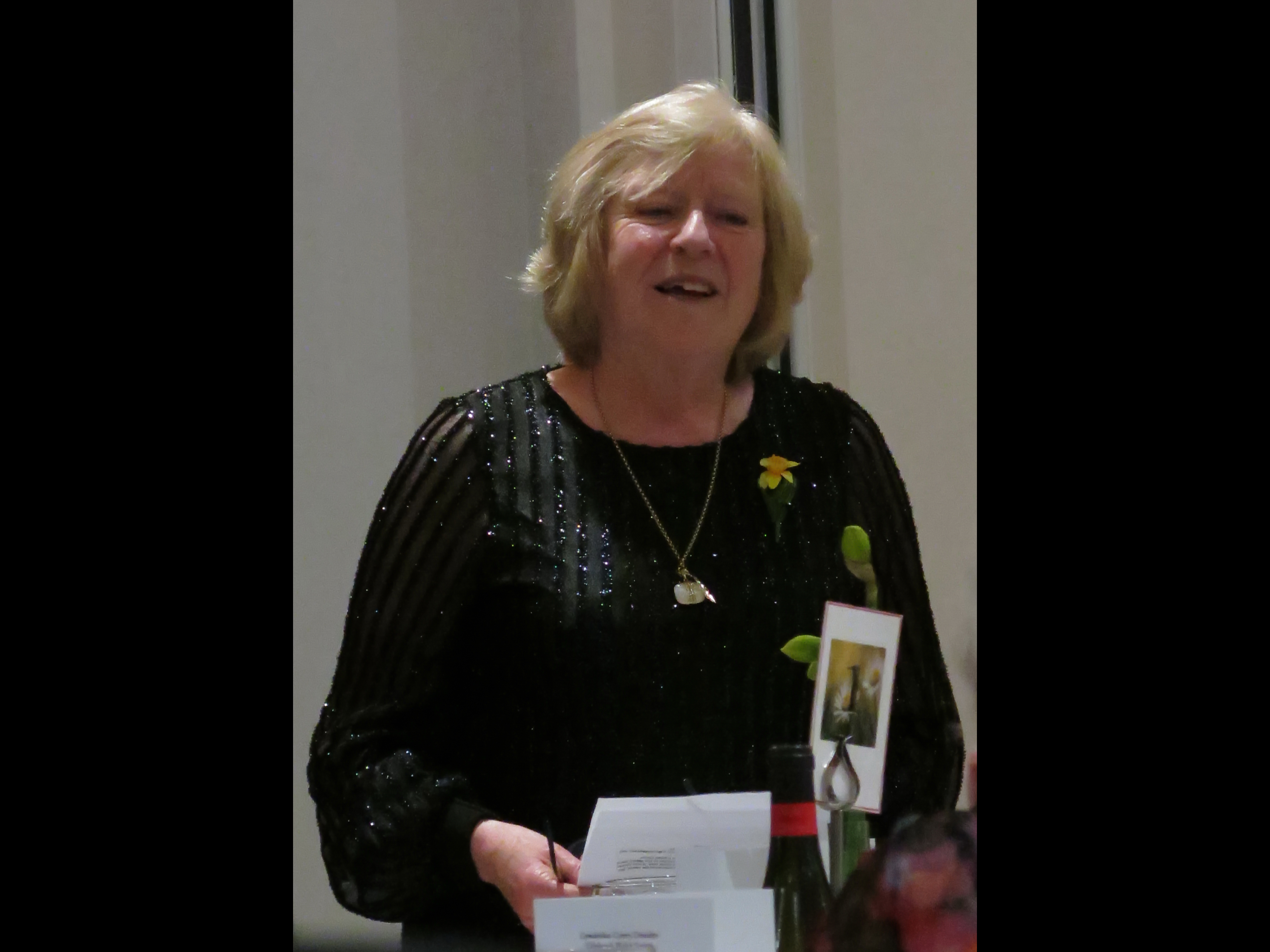 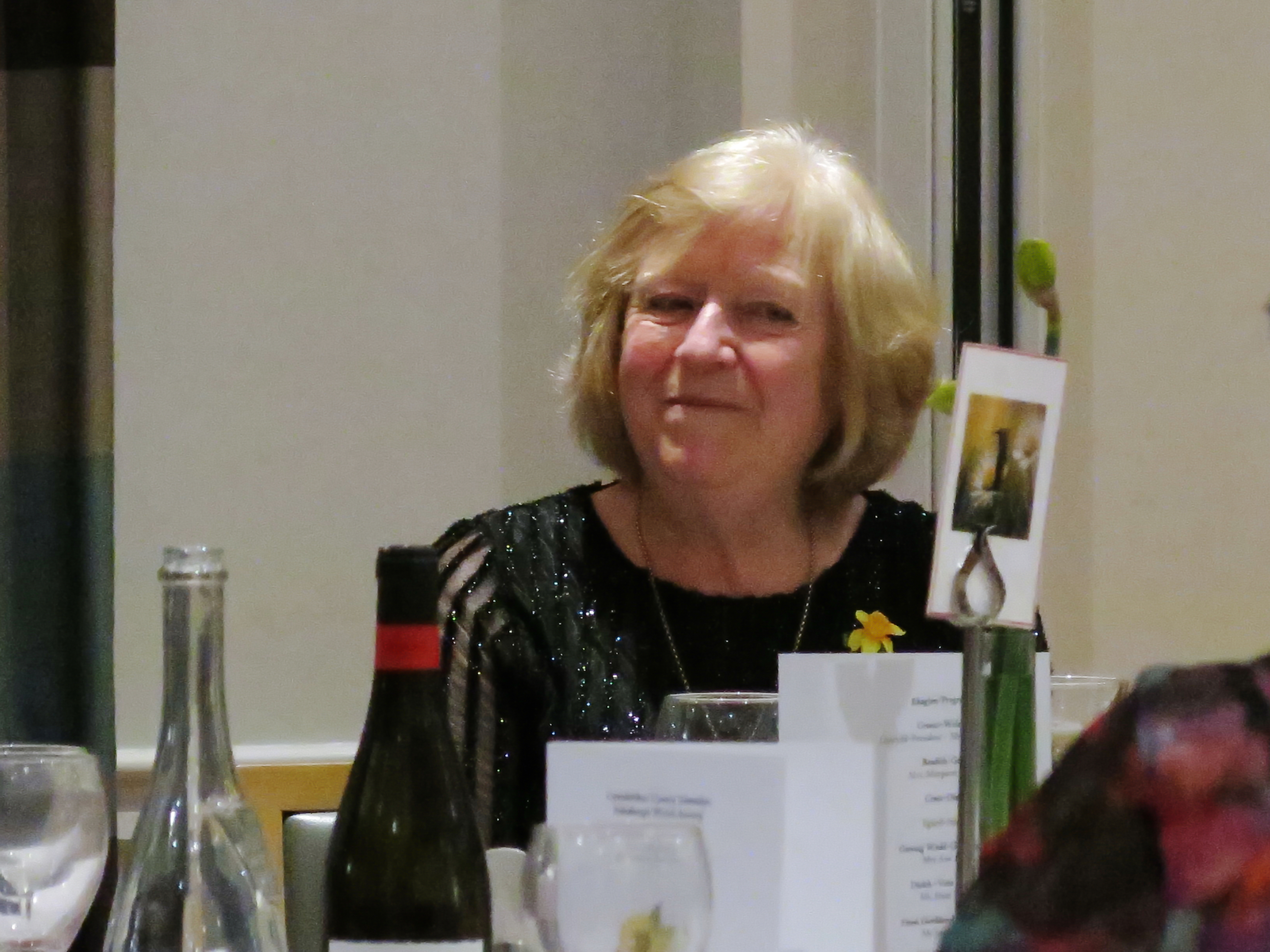 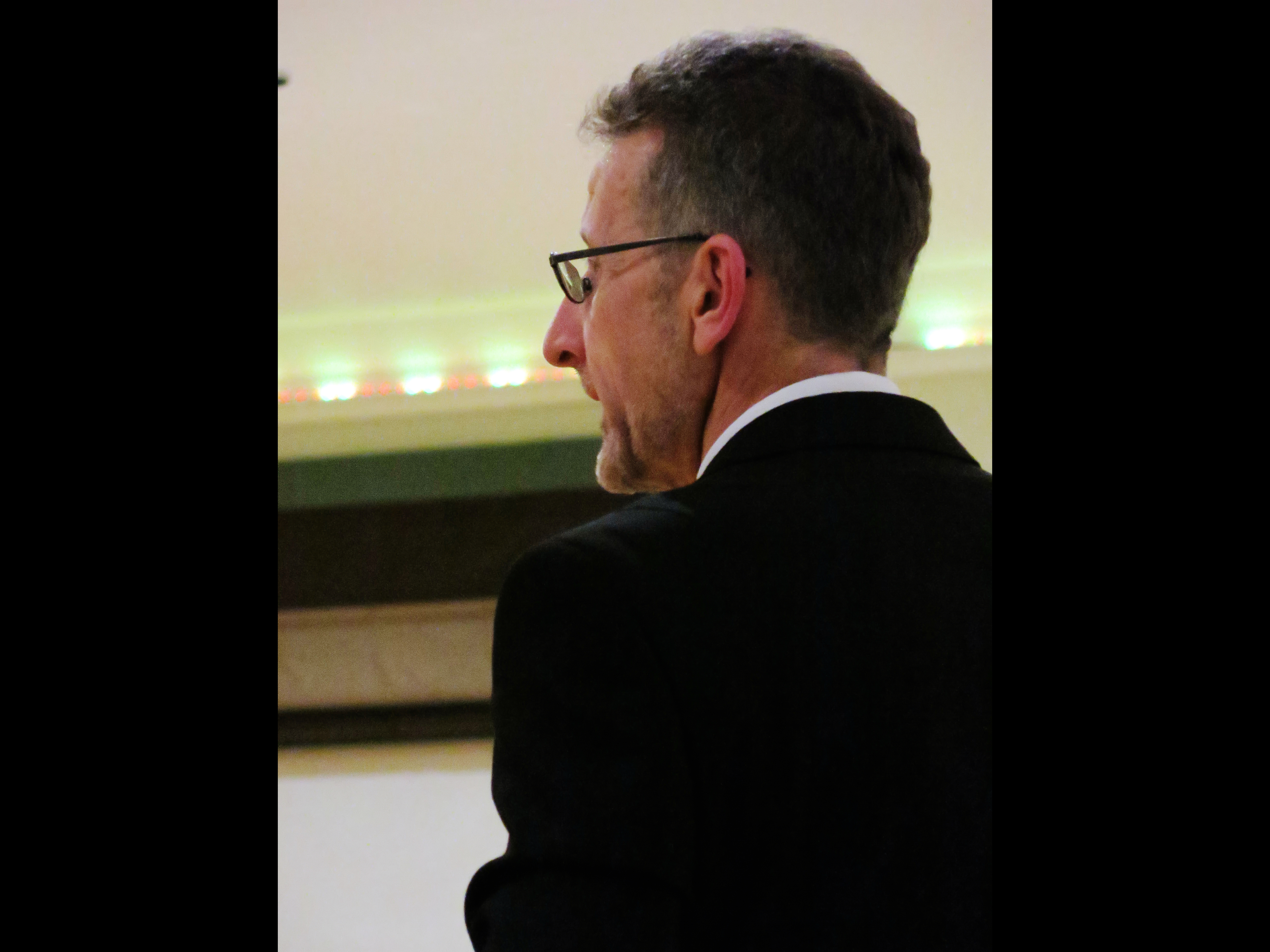 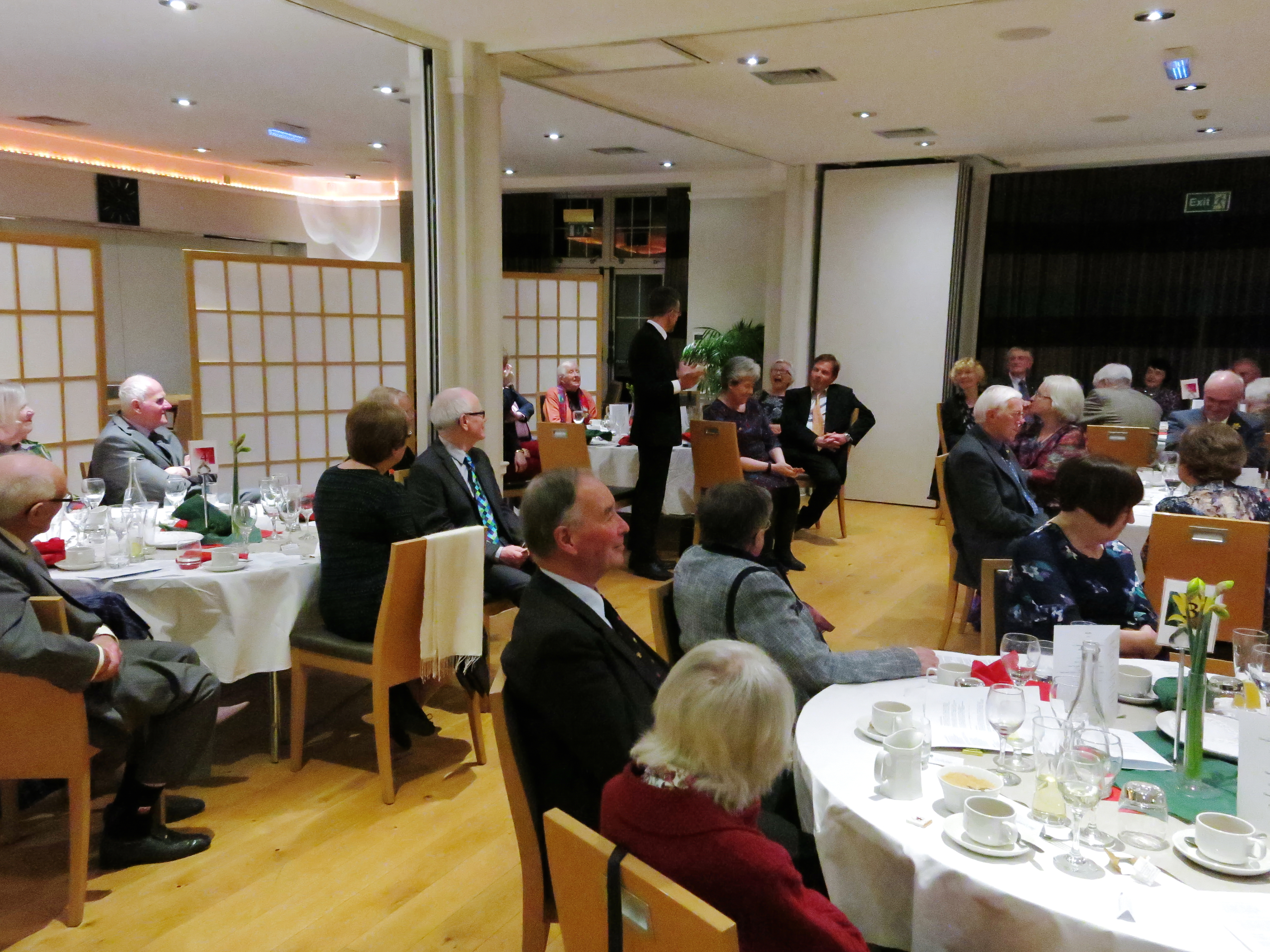 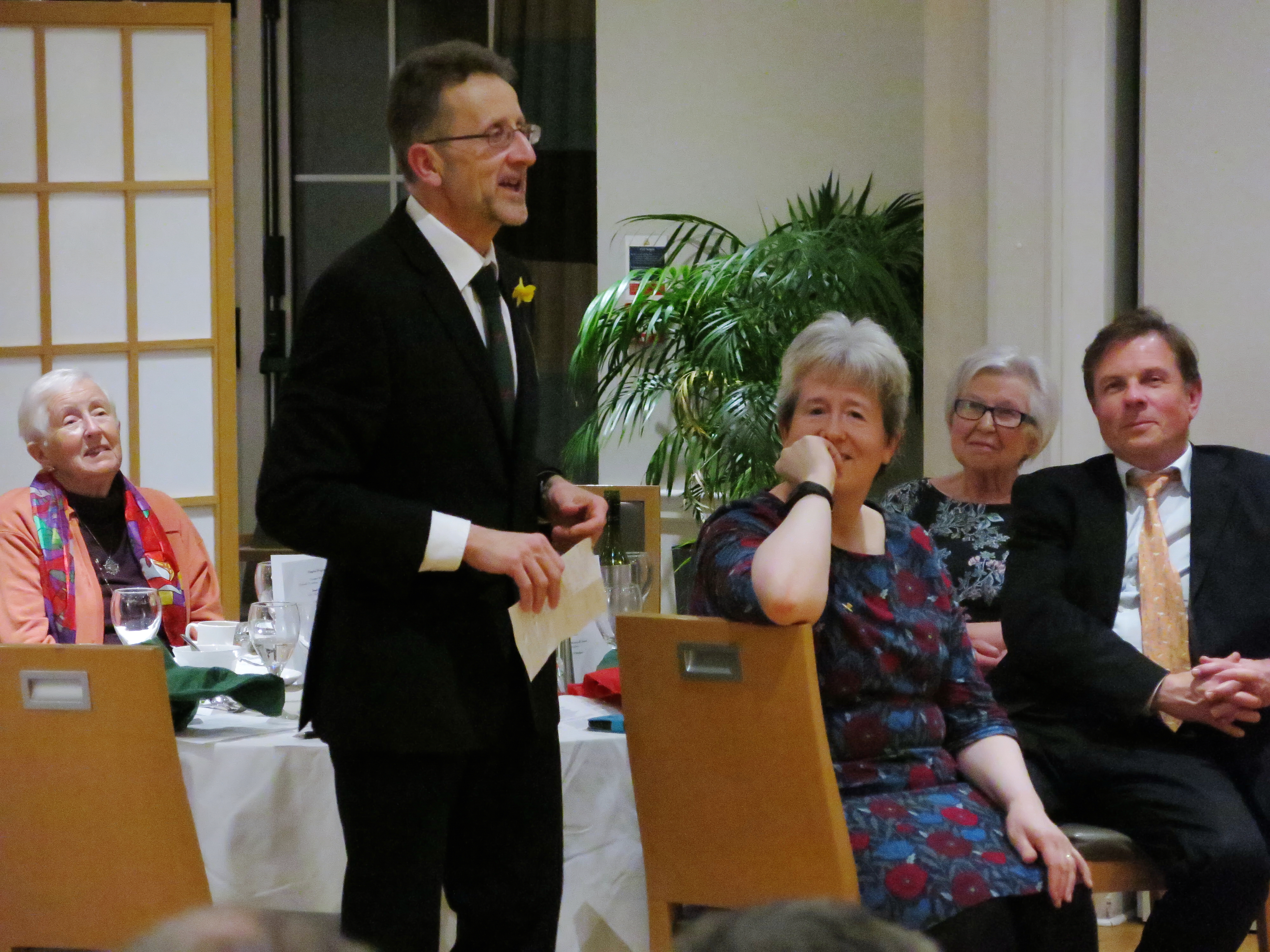 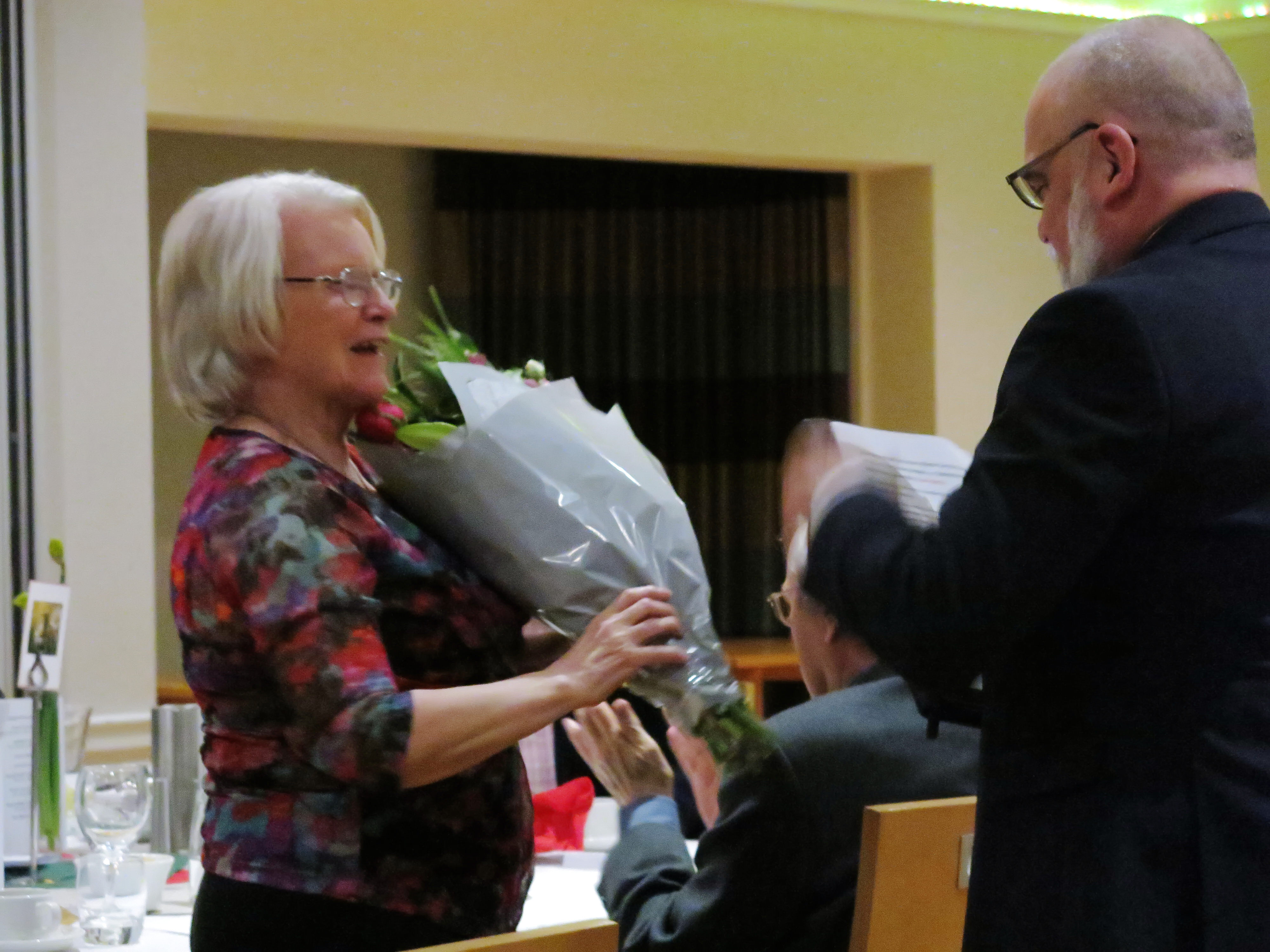 Ann is a former President, and she and her husband Daniel were active members of the Society until they moved on retirement to a (much-renovated!) house in Morfa Nefyn that had been owned by Daniel’s family for over 200 years.

Much of Ann’s speech talked about the ways in which they had sought to integrate into the community, for example through volunteering at the Llŷn Historical and Maritime Museum and at Nant Gwrtheyrn, home to the National Welsh Language and Heritage Centre. Less expectedly, Ann had also become involved with Merched y Wawr (described as a Welsh equivalent of the Women’s Institute) and Age Well, at the Nefyn Community Centre. She then took us in our imagination to a local chapel – a far remove from Fairmilehead, with 150/200 worshippers – but on the Wales Coast Path and with the sound of the sea when you opened the door, and to the Ty Coch Inn, Porth Dinllaen, one of the top ten beach bars in the world!

Finally, Ann read the poem “Aberdaron” by Sir Albert (Cynan) Evans-Jones, before reminding us of why we were gathered together, saying something about St David, and then proposing a toast in his memory.

Our President, David Hughes, then wished Ann a “safe journey back to Paradise”, thanked everyone for their contribution to the evening, and presented flowers to Jennifer Welsher, our Secretary.

In his vote of thanks, Huw Thomas echoed the suggestion that Ann should receive an award from the Llŷn Tourist Board. Finally, as always, Jim Hughes and his “little helpers” led us in singing some favourite hymns and songs before “Mae hen wlad fy nhadau” concluded the evening.

[Webmaster’s note: In case you’re wondering about the less-than-perfect quality of the photographs … to avoid disturbing the proceedings all were taken by available light and, with two exceptions, with the subjects ‘in action’ rather than posed]