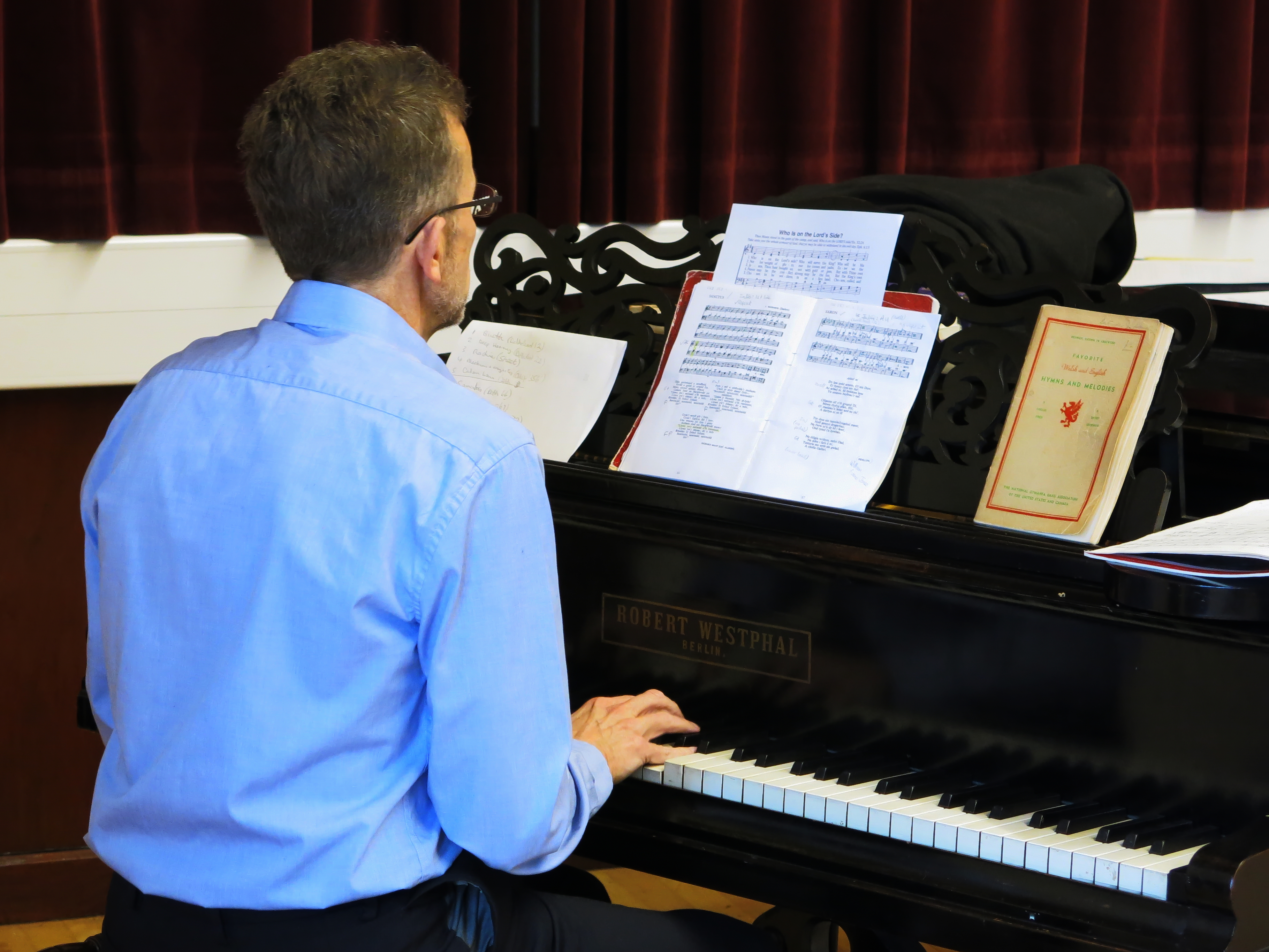 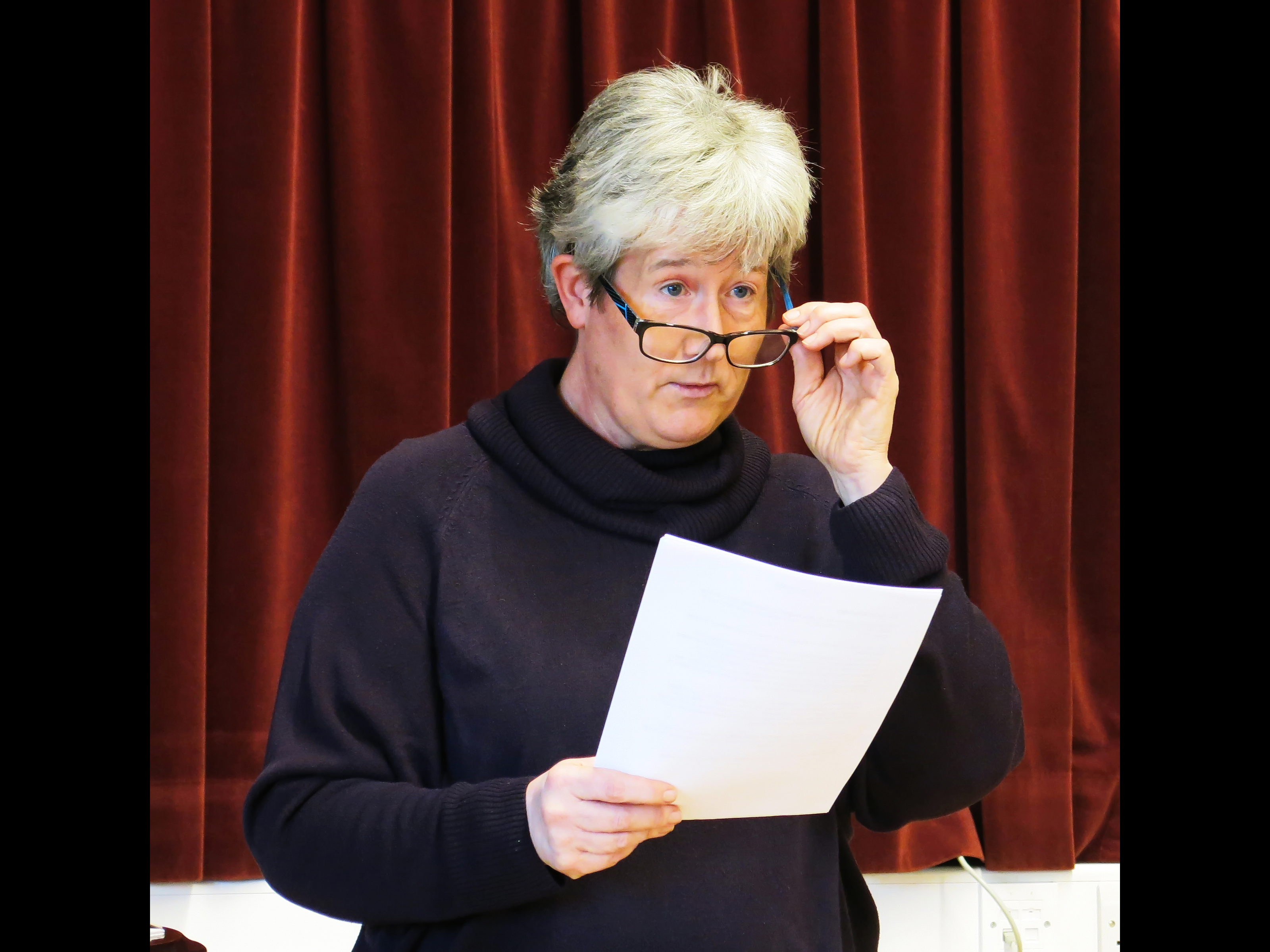 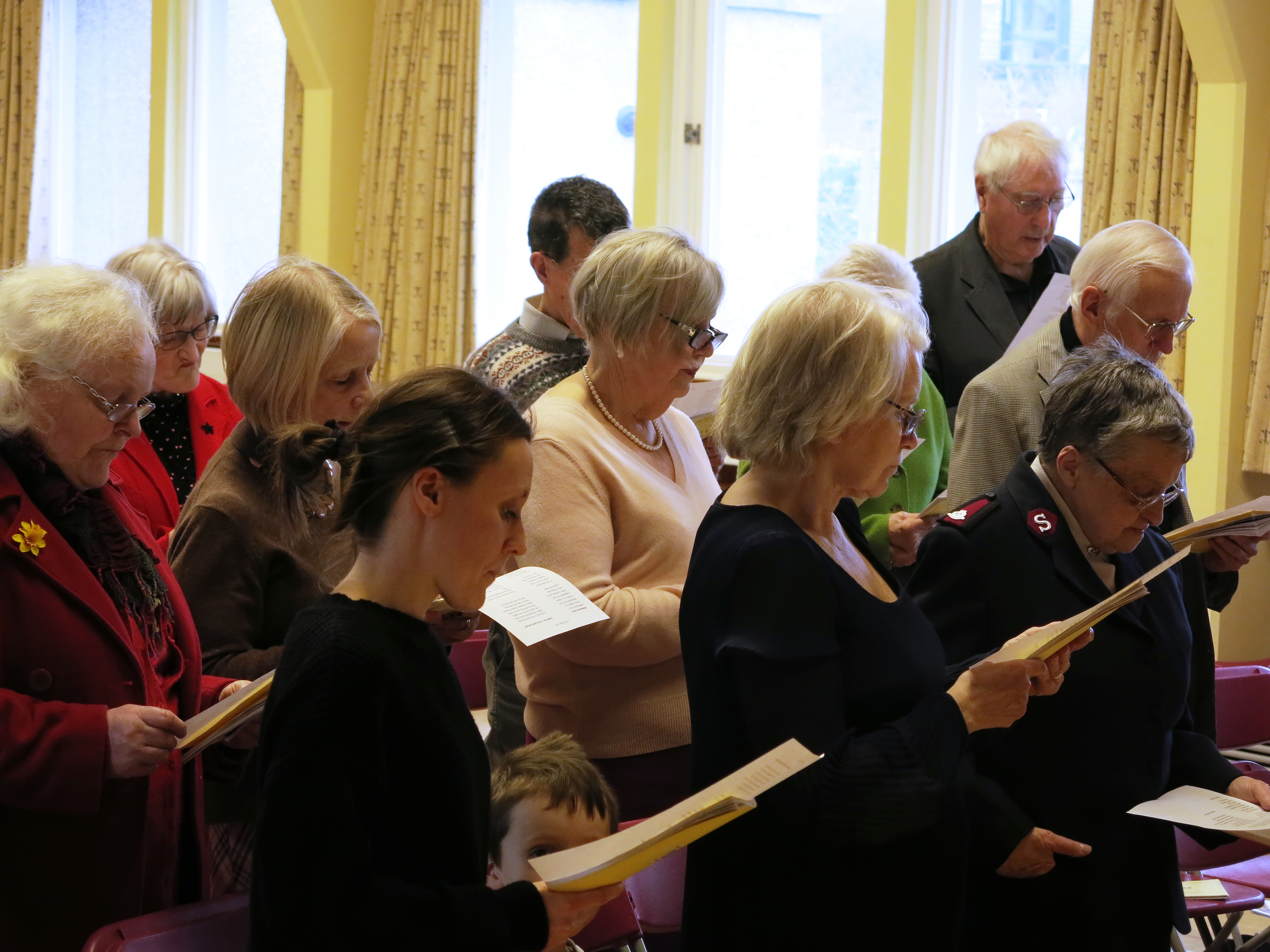 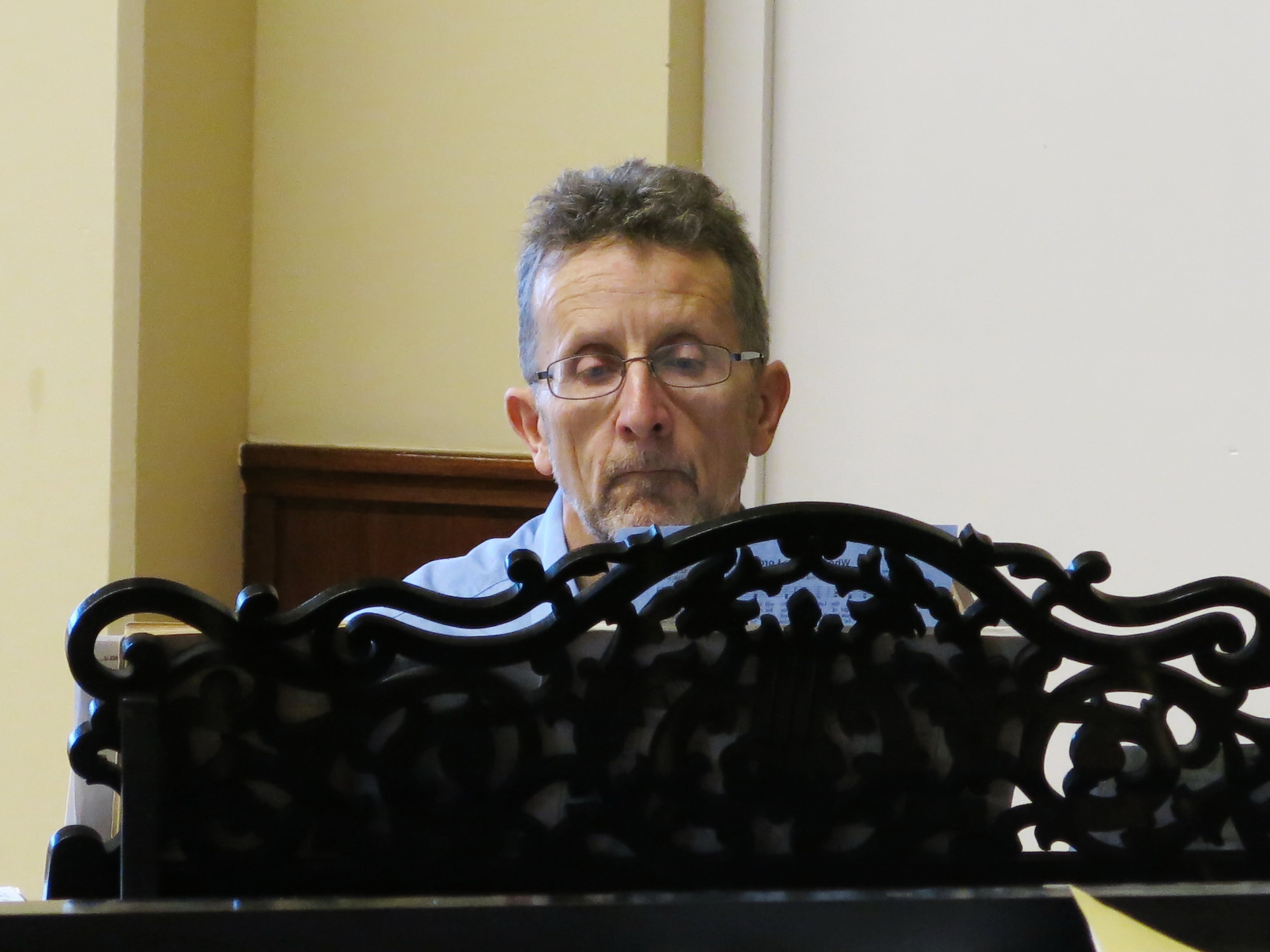 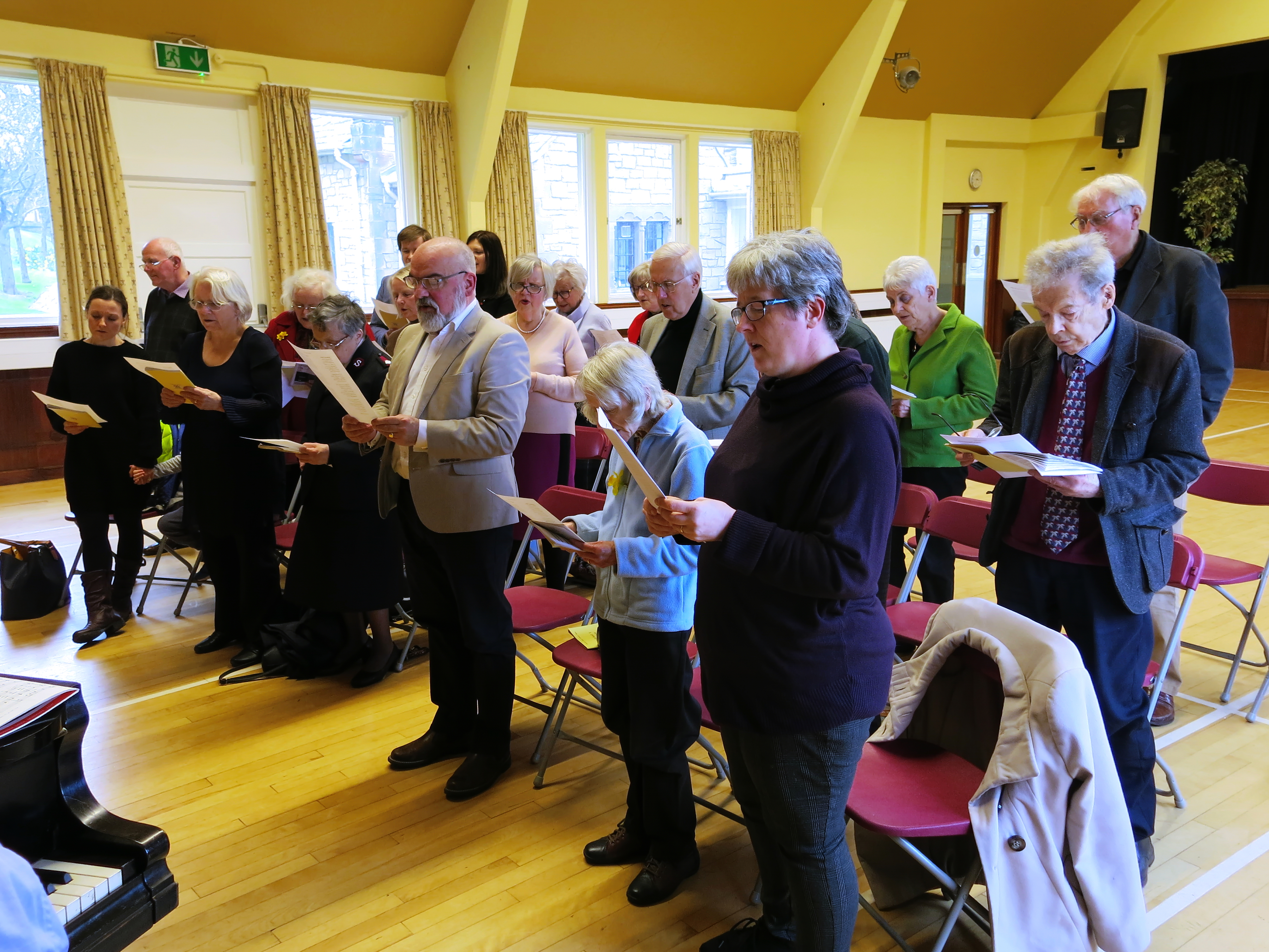 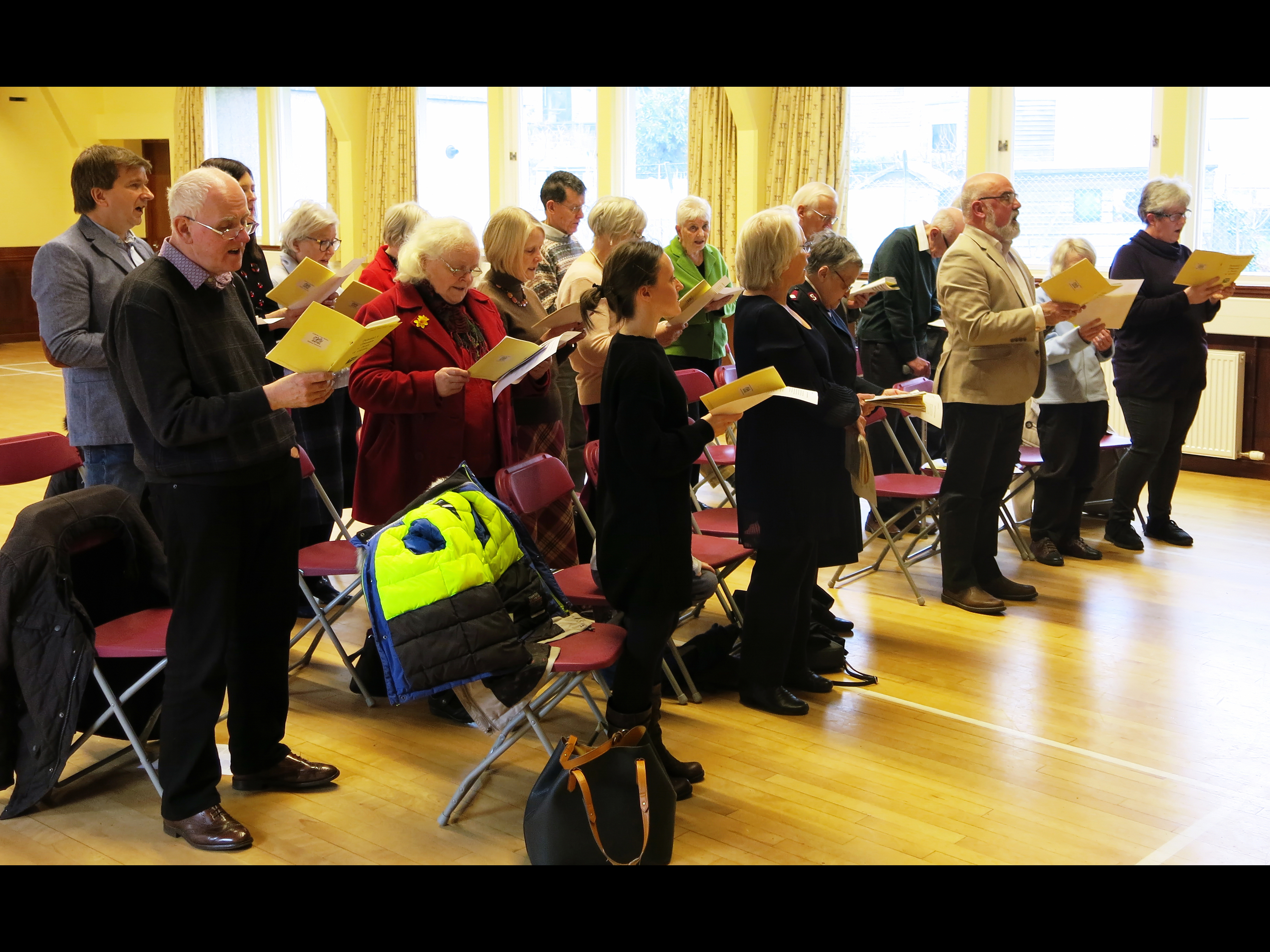 Some two dozen members and friends responded to the invitation to come and sing hymns at our Mini Gymanfa Ganu, and thoroughly enjoyed the afternoon. We sang ten hymns, and were even allowed two encores for good behaviour!

Huw and Janet Thomas performed a ‘double act’, with Huw accompanying our singing on the piano and Janet introducing the items, each of which started with a “guess that tune”. Calon Lân took just three notes to identify – others were trickier!

In the course of the afternoon’s introductions we learnt to distinguish between the different John Hughes, sang “a composition from a railway platform”, found that Rachie had originally been discarded by the composer, and discovered that Joanna had been Richard Burton’s favourite hymn.

Most of the hymns came from the Society’s yellow booklet, but we sang Graham Kendrick’s “Meekness and Majesty” in Welsh (thanks to the Gobaith website), and later we tackled the four-fold Amen of Tydi a roddaist. Finally, it being explained that the words in the booklet to Cwm Rhondda were not the original, we sang “Guide me, O thou great Jehovah” in English (as would have been used in the 1904–5 revival), and with great gusto.

An enlightening and enjoyable occasion was suitable rounded off with bara brith, tea and conversation. Thank you to everyone who came, and to all the organisers, but especially to Huw and Janet.