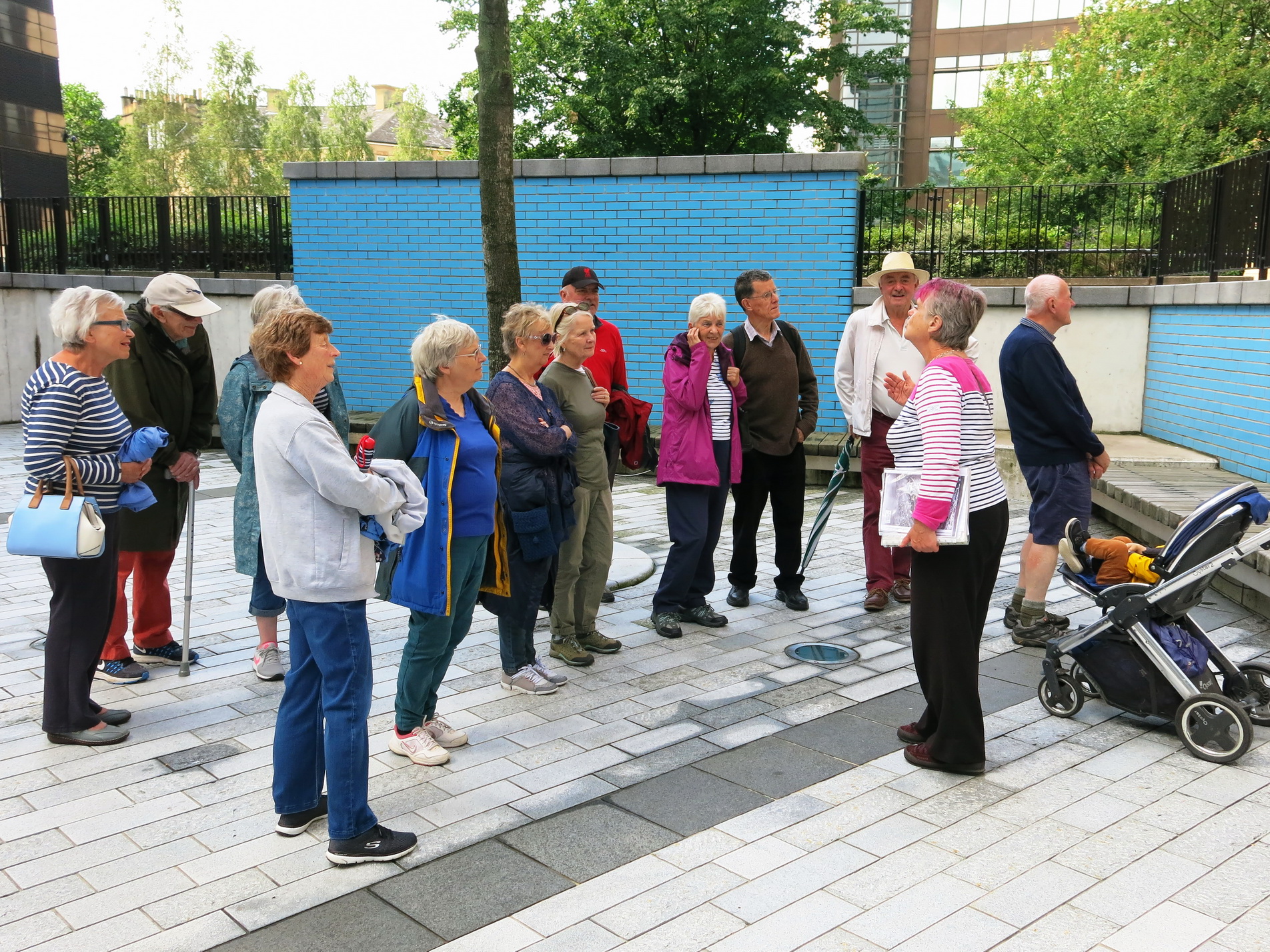 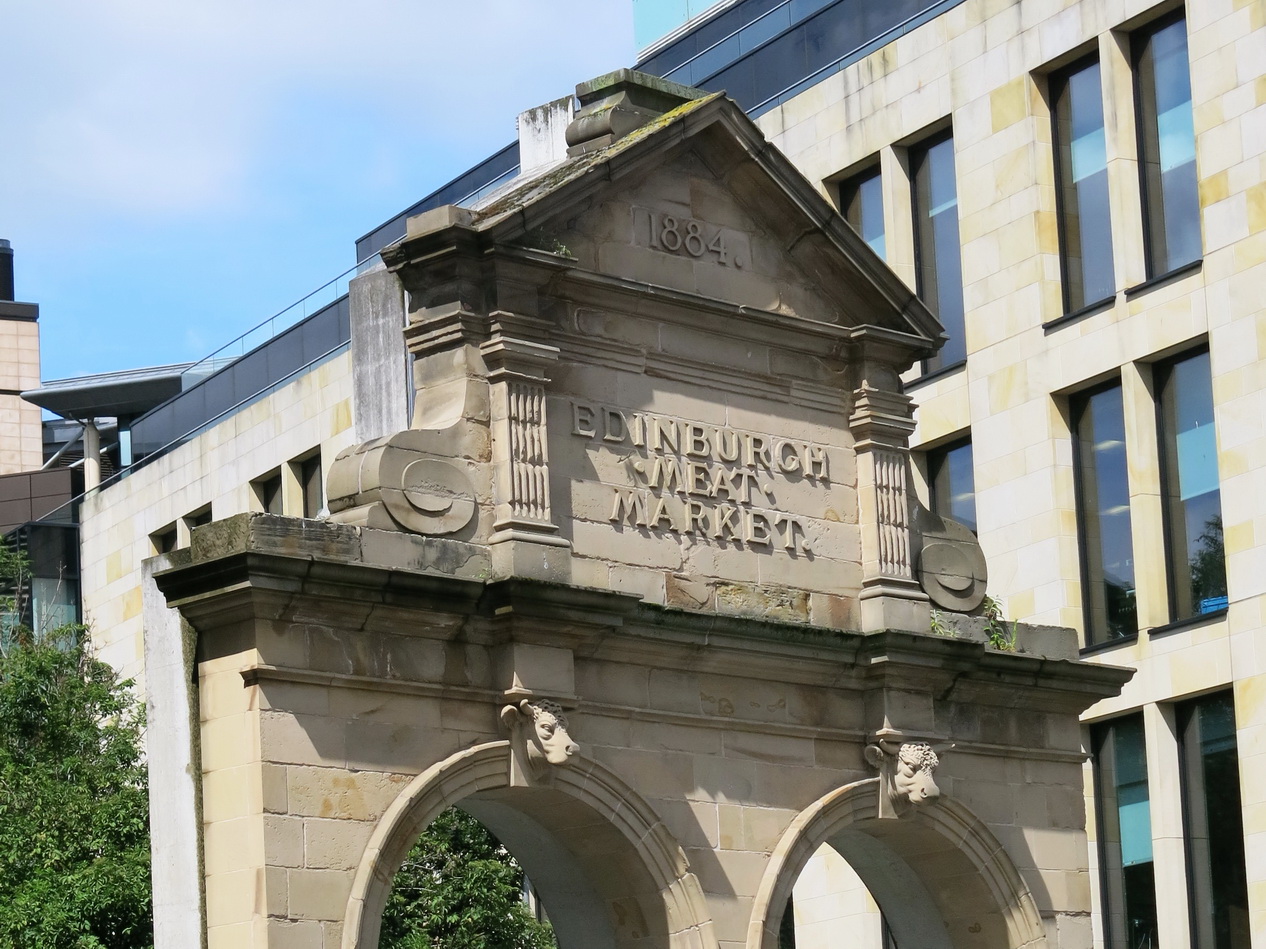 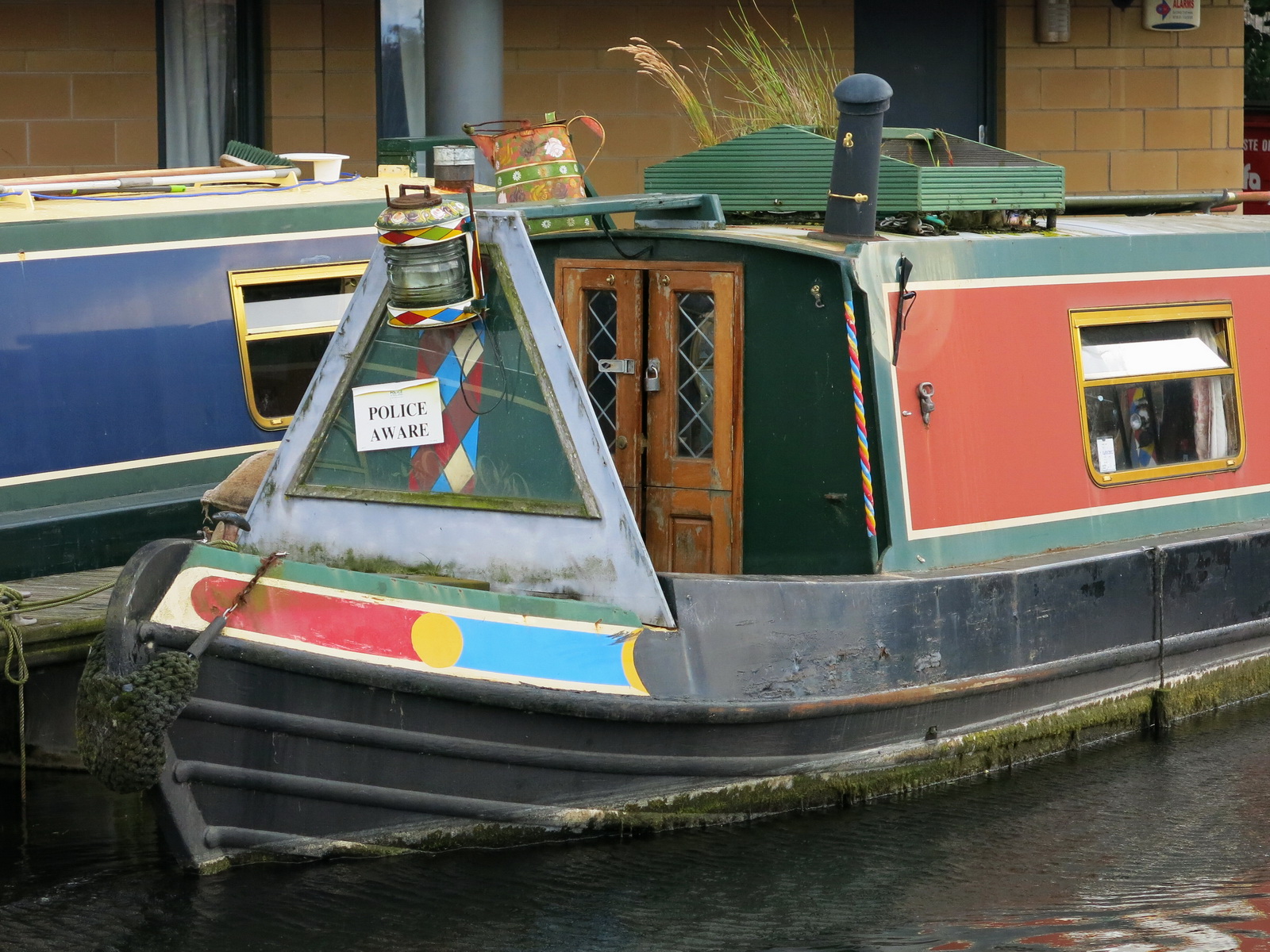 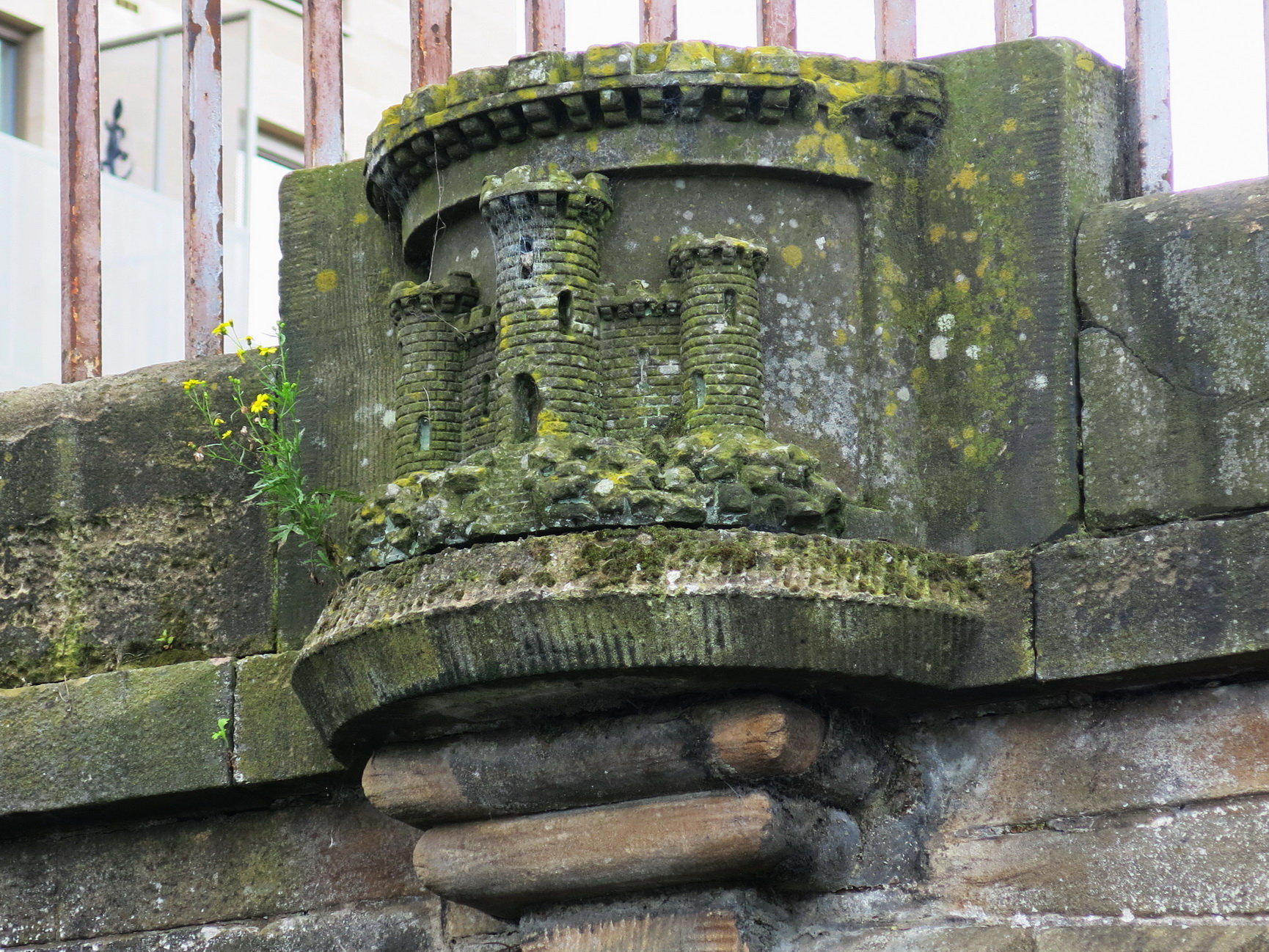 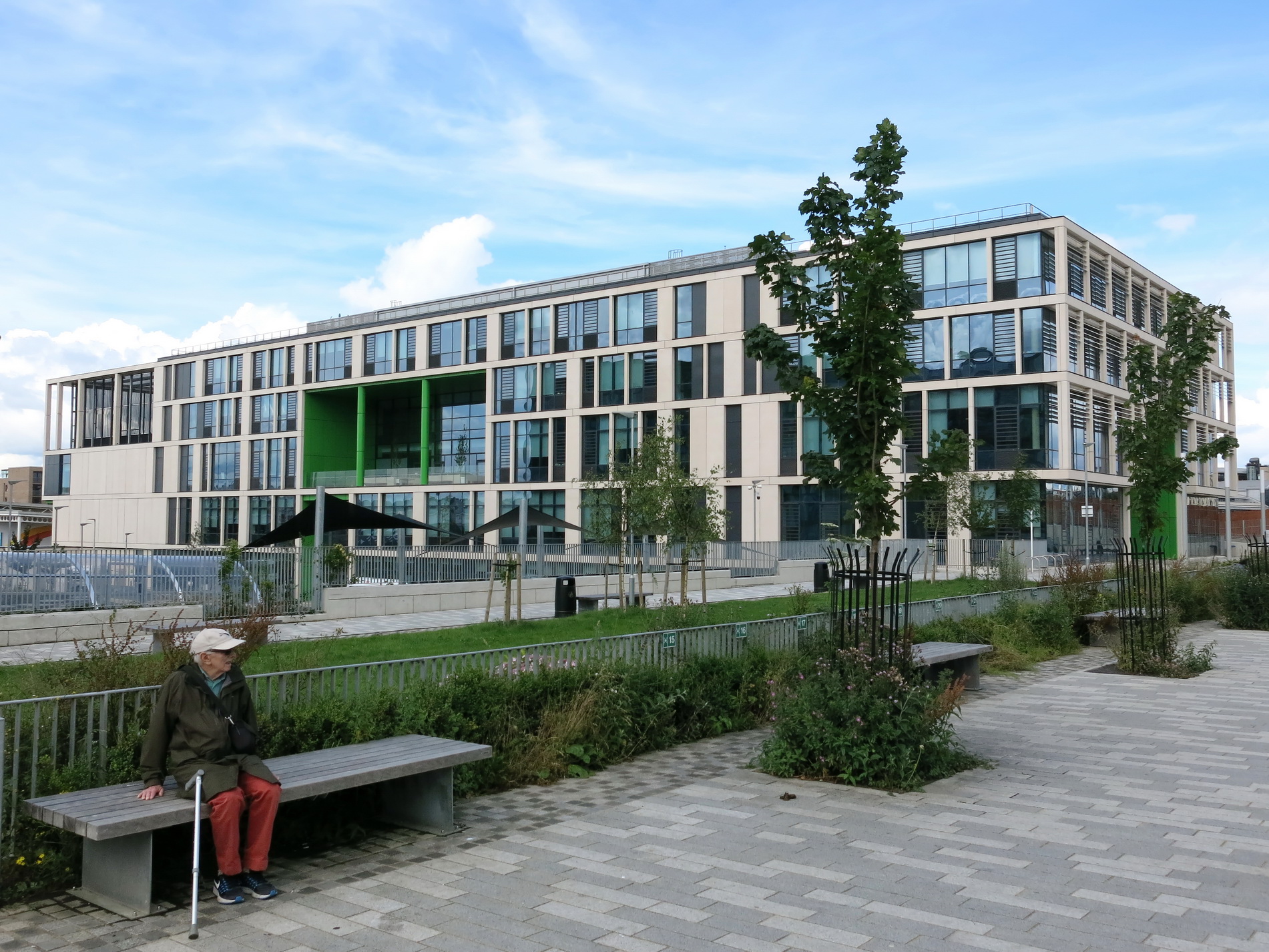 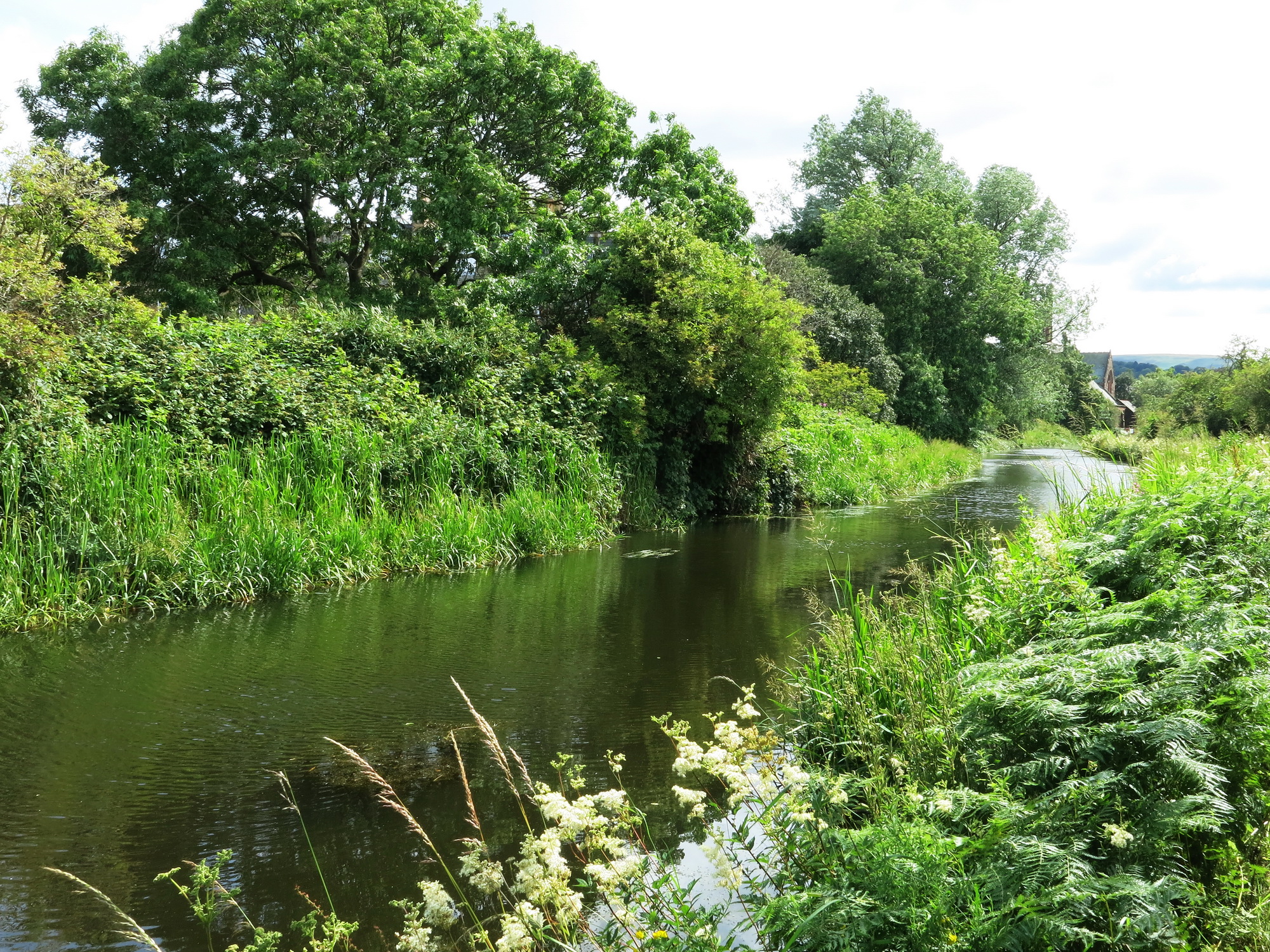 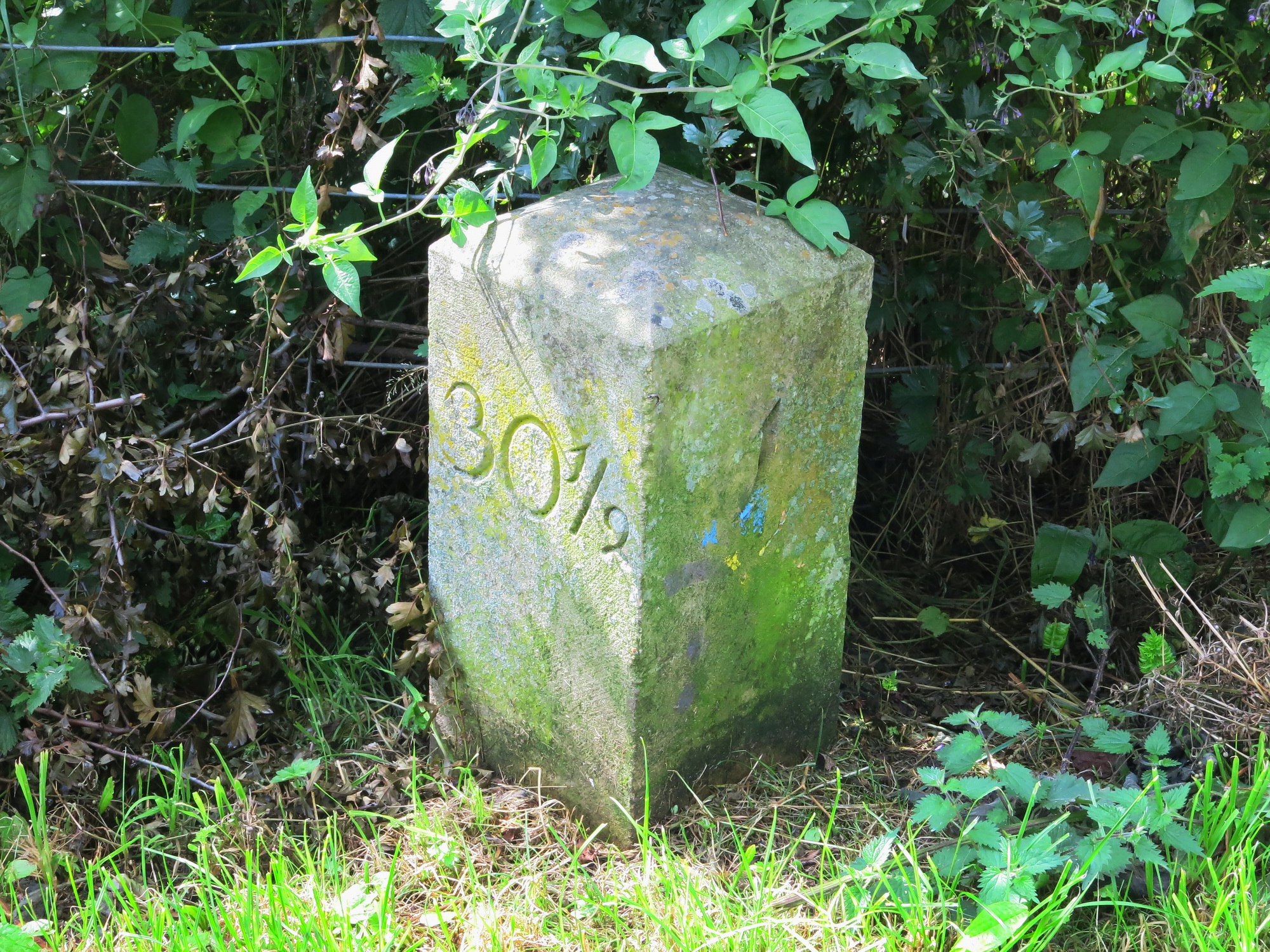 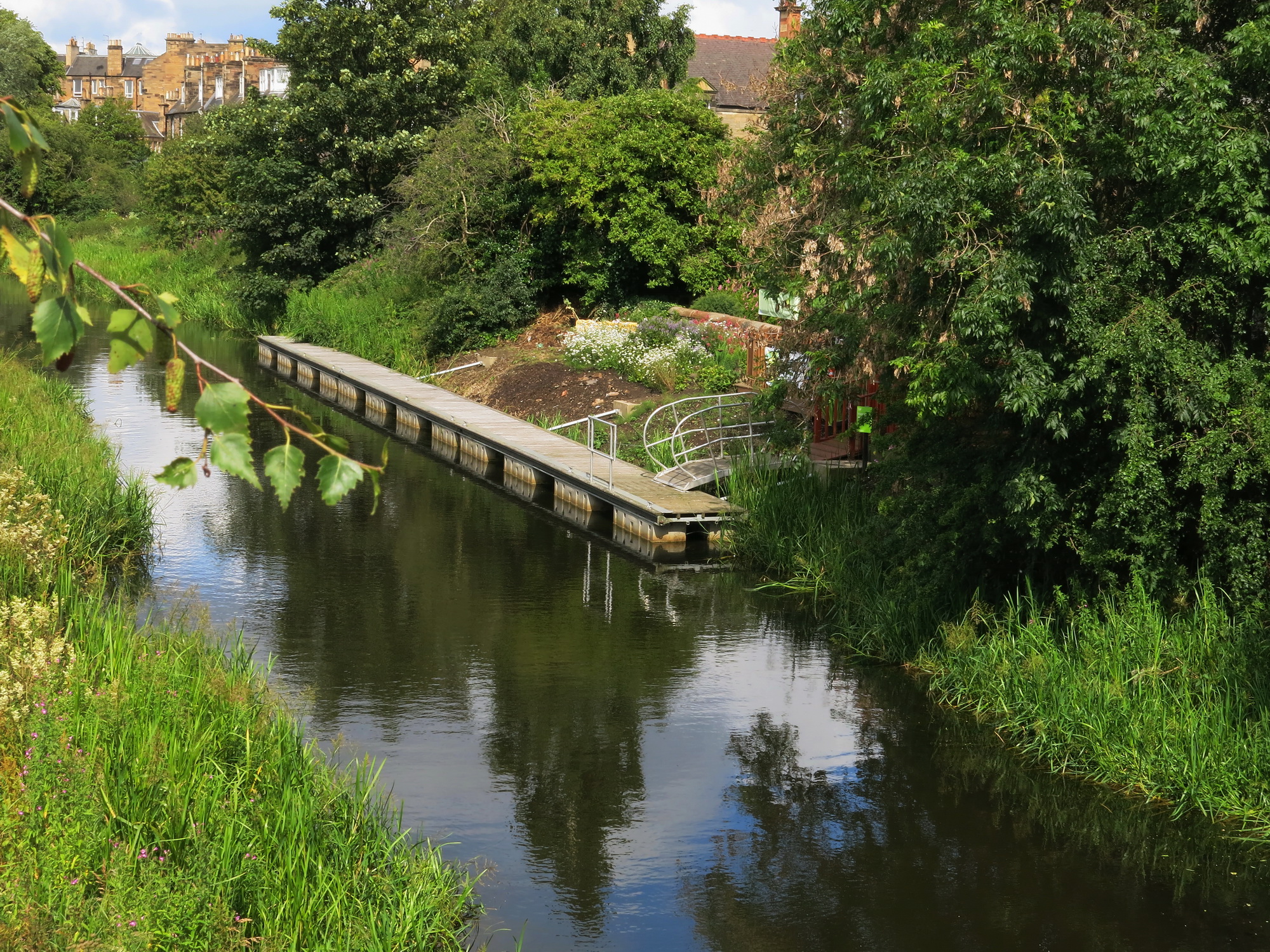 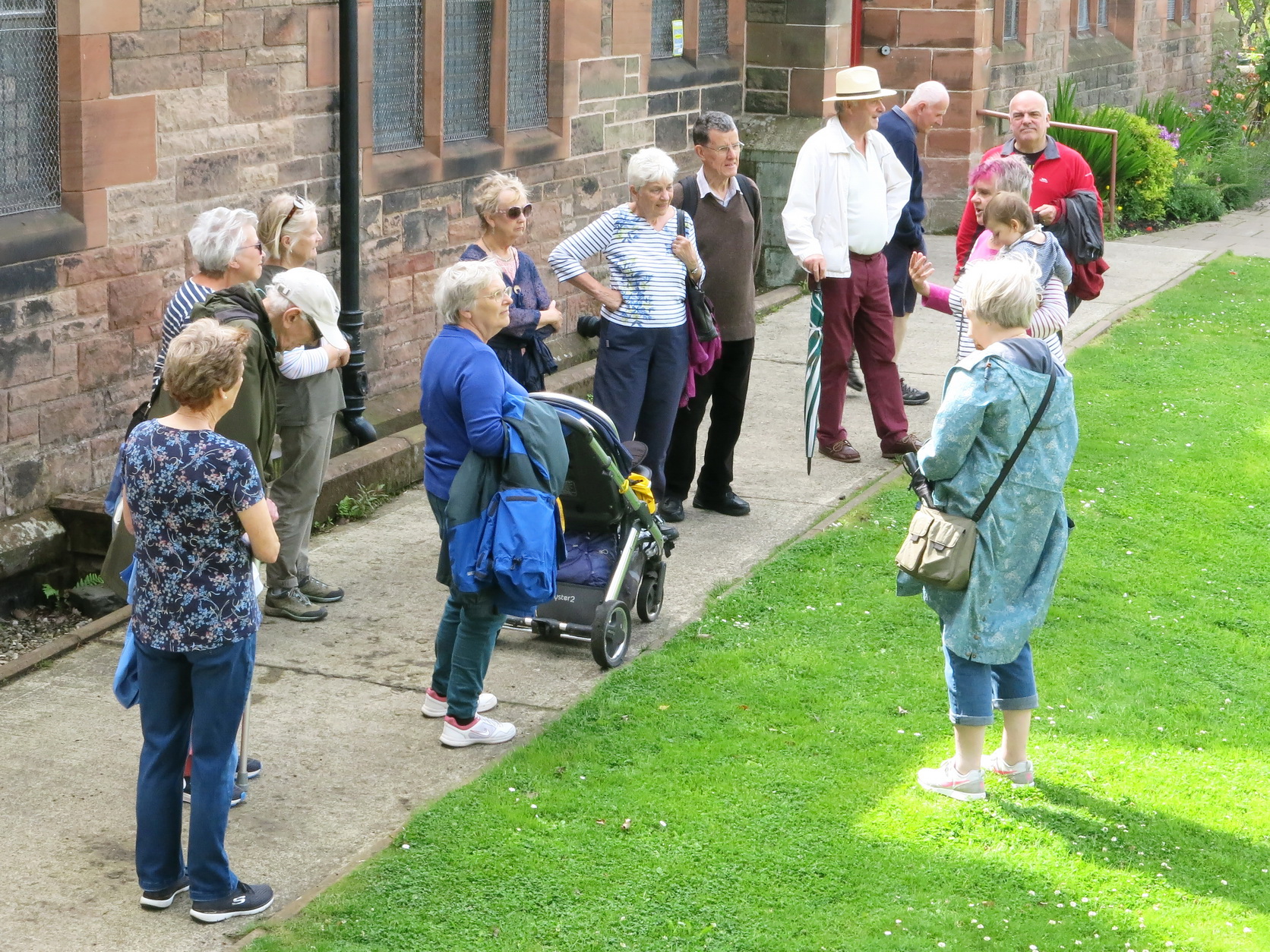 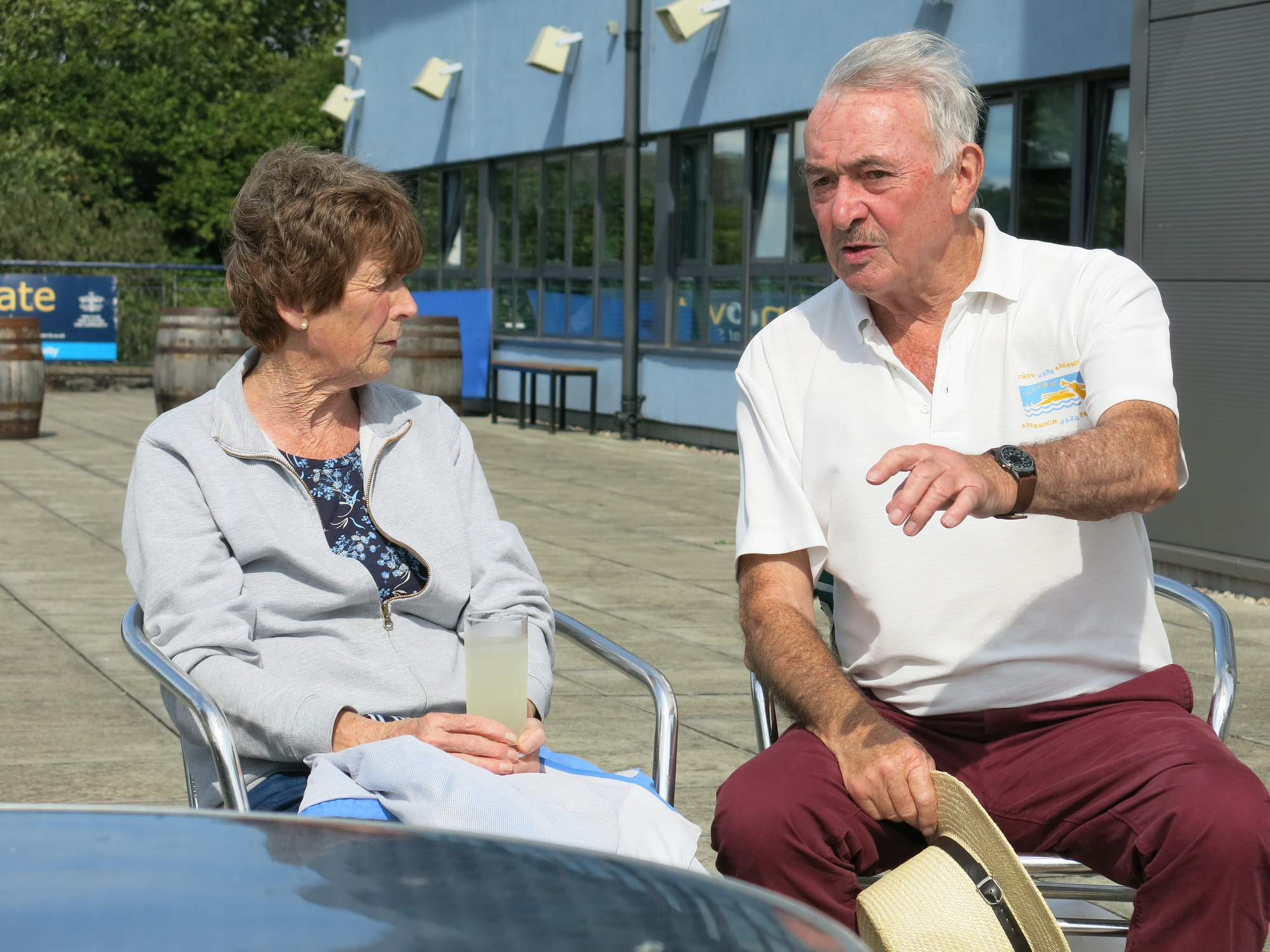 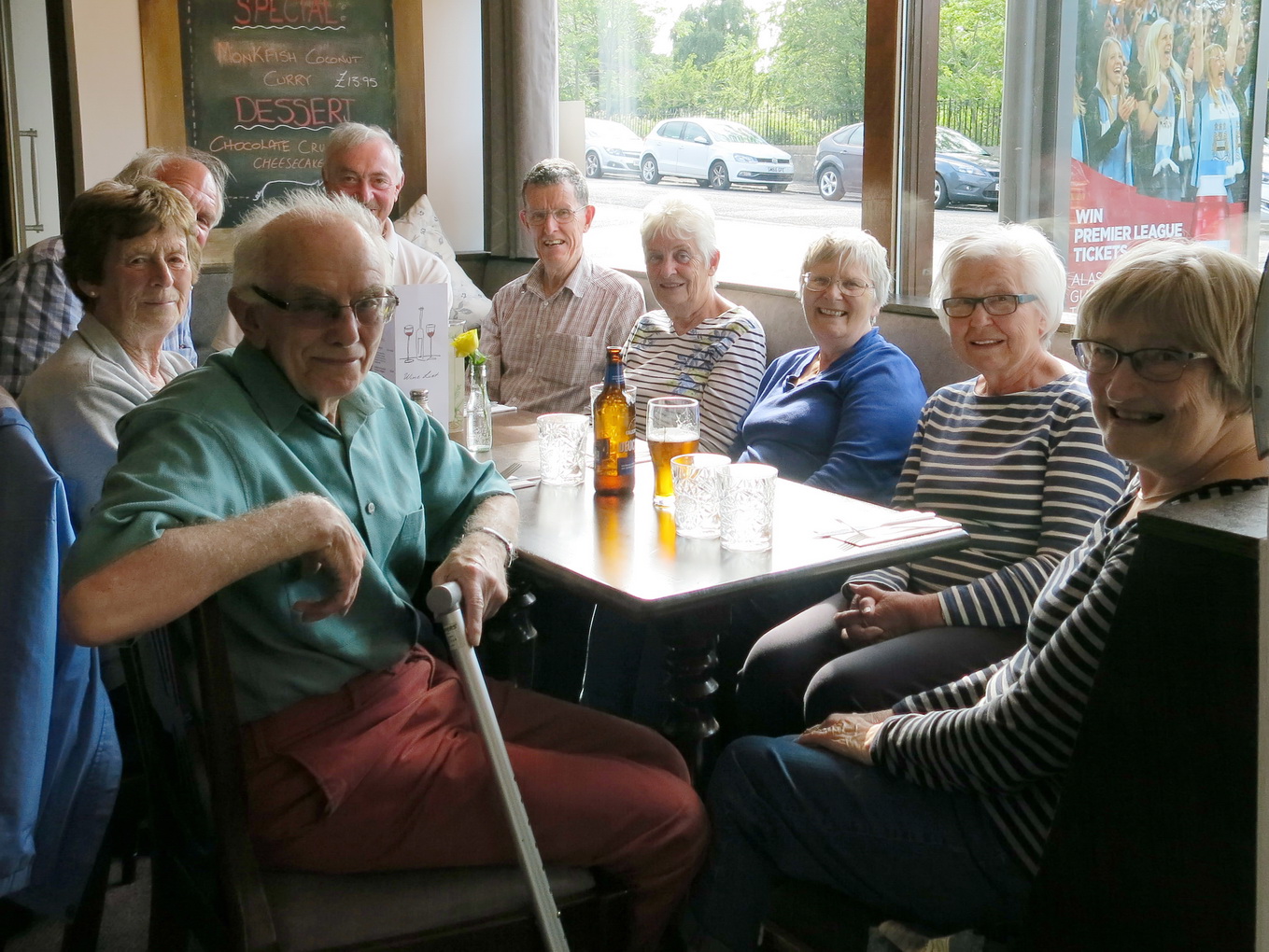 All technology was new once … amidst the celebrations on 20 July of a Moon walk 50 years before, our walk along the Union Canal reminded us that 200 years ago the Union Canal was being built!

When we met at Edinburgh Quay, we might have assumed that Lochrin Basin was its starting point. However, Jean Bareham, our guide – ably assisted by young Benji – first took us into the middle of new developments at Old Fountainbridge, where she pointed out where canal wharves had once extended to Earl Grey Street. We saw evidence of the former meat markets in the area and, later in our walk, the lift bridge that had once carried the Fountainbridge traffic over the canal.

Our travels took us only a short way along the canal – and it was, as promised, easy walking along the towpath – but we learned a lot about the history of the area, and were encouraged by the current redevelopment of two adjacent major sites to allow people and businesses to coexist in an area that had once housed a brewery and rubber factory.

The view certainly wasn’t all of industry and development – within a short time we were in countryside, and enjoying a goodly collection of wild flowers and plants and a pair of swans with their family of eight cygnets. The canal is a wild life corridor into the city, and home to a number of endangered species – Hywel’s hat nearly became one!

Our guided tour ended in the tranquil surroundings of Polwarth Church gardens, but we were then guided to Boroughmuir Rugby Club for a very pleasant drink on the terrace in the sunshine that had been with us most of the afternoon, and onwards (for those needing more solid sustenance) to the Kilted Pig.