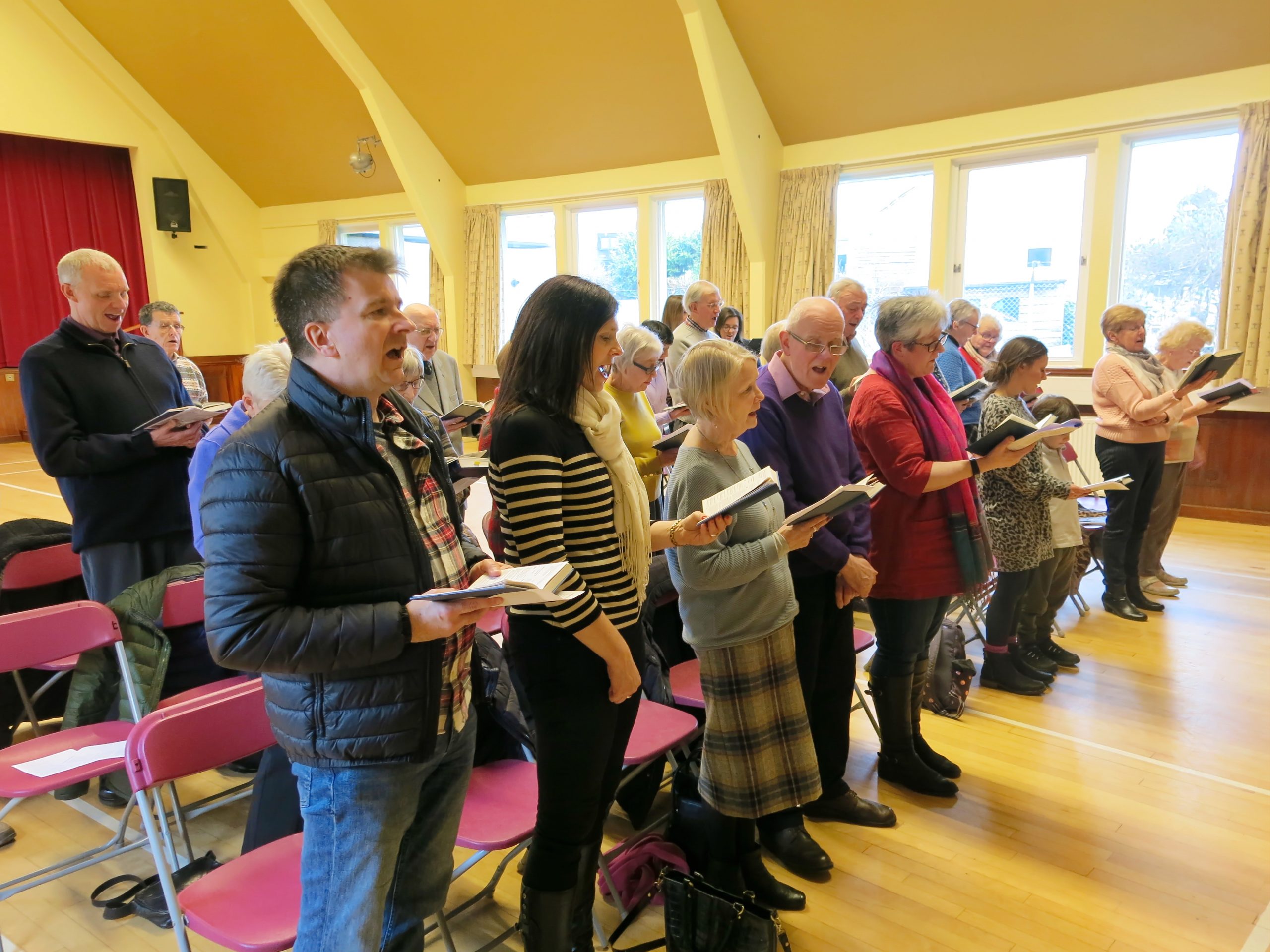 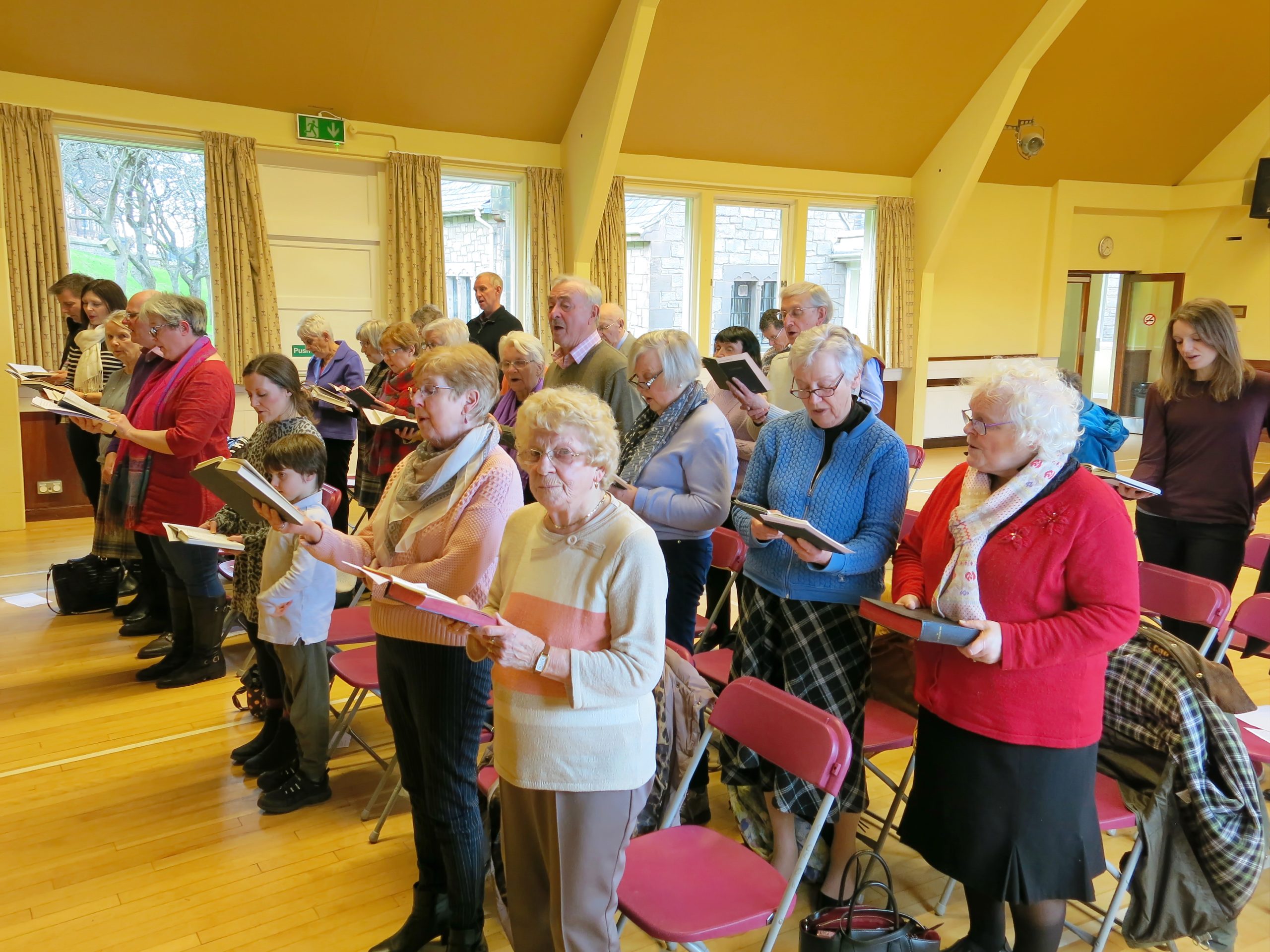 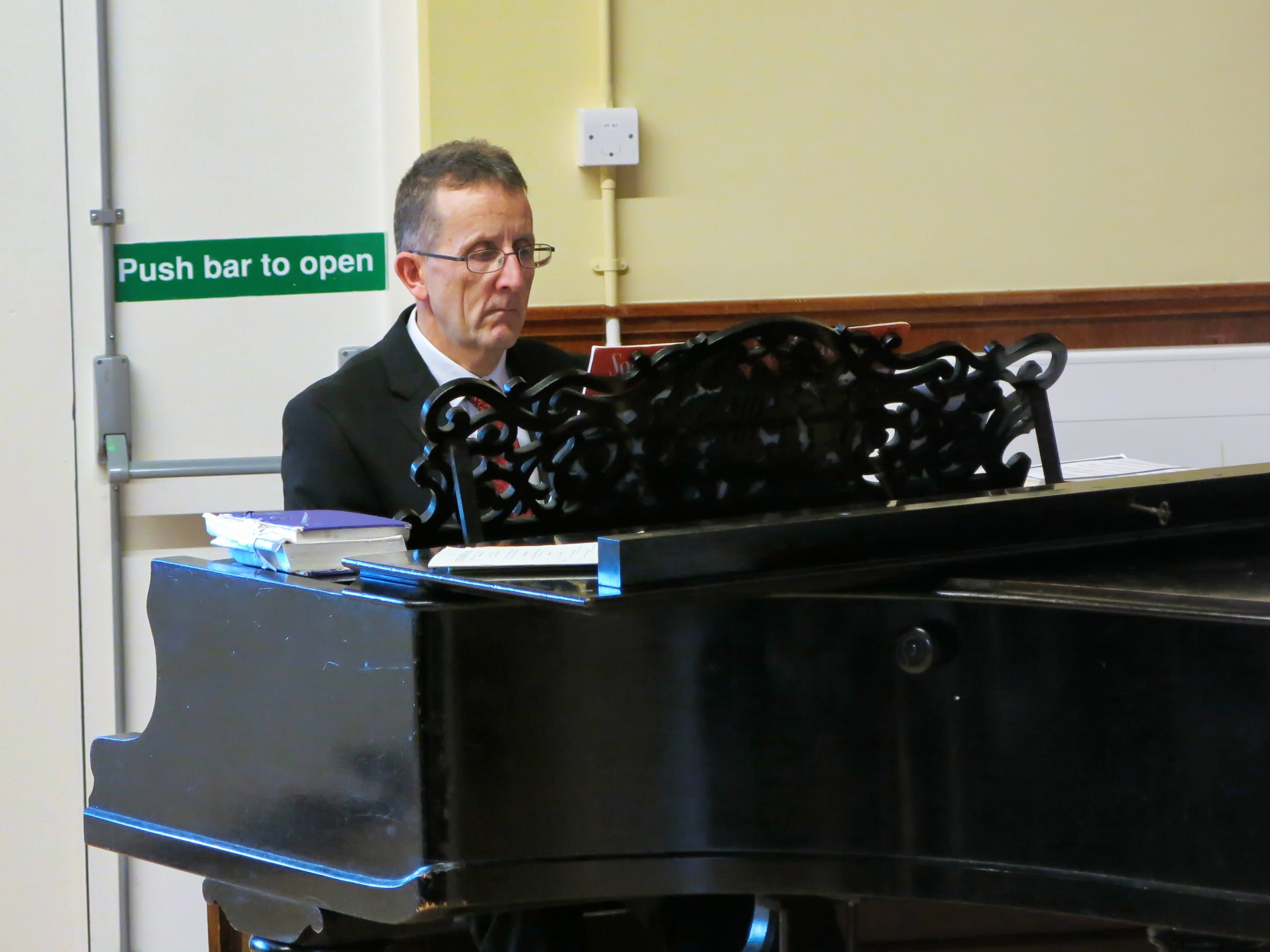 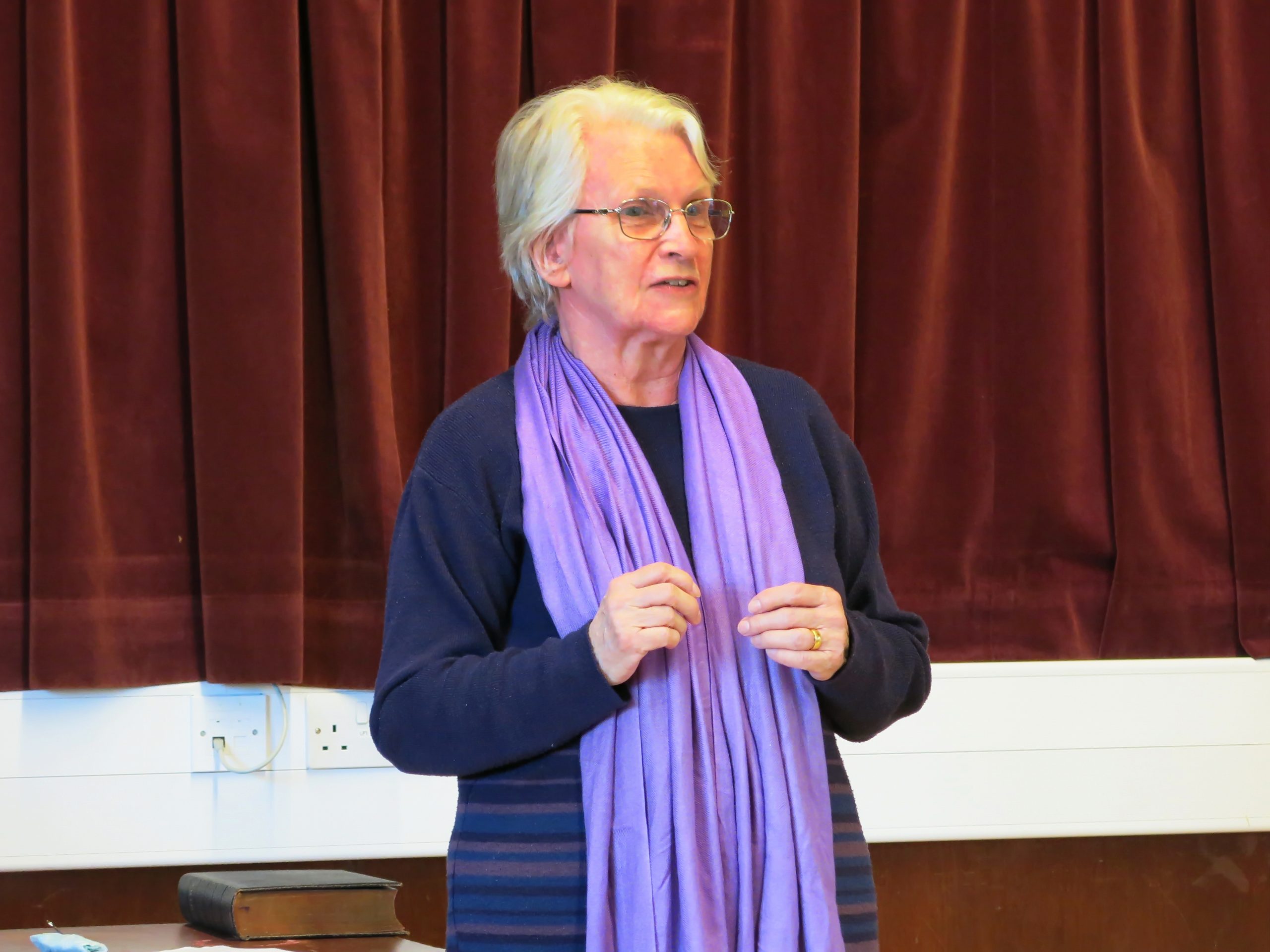 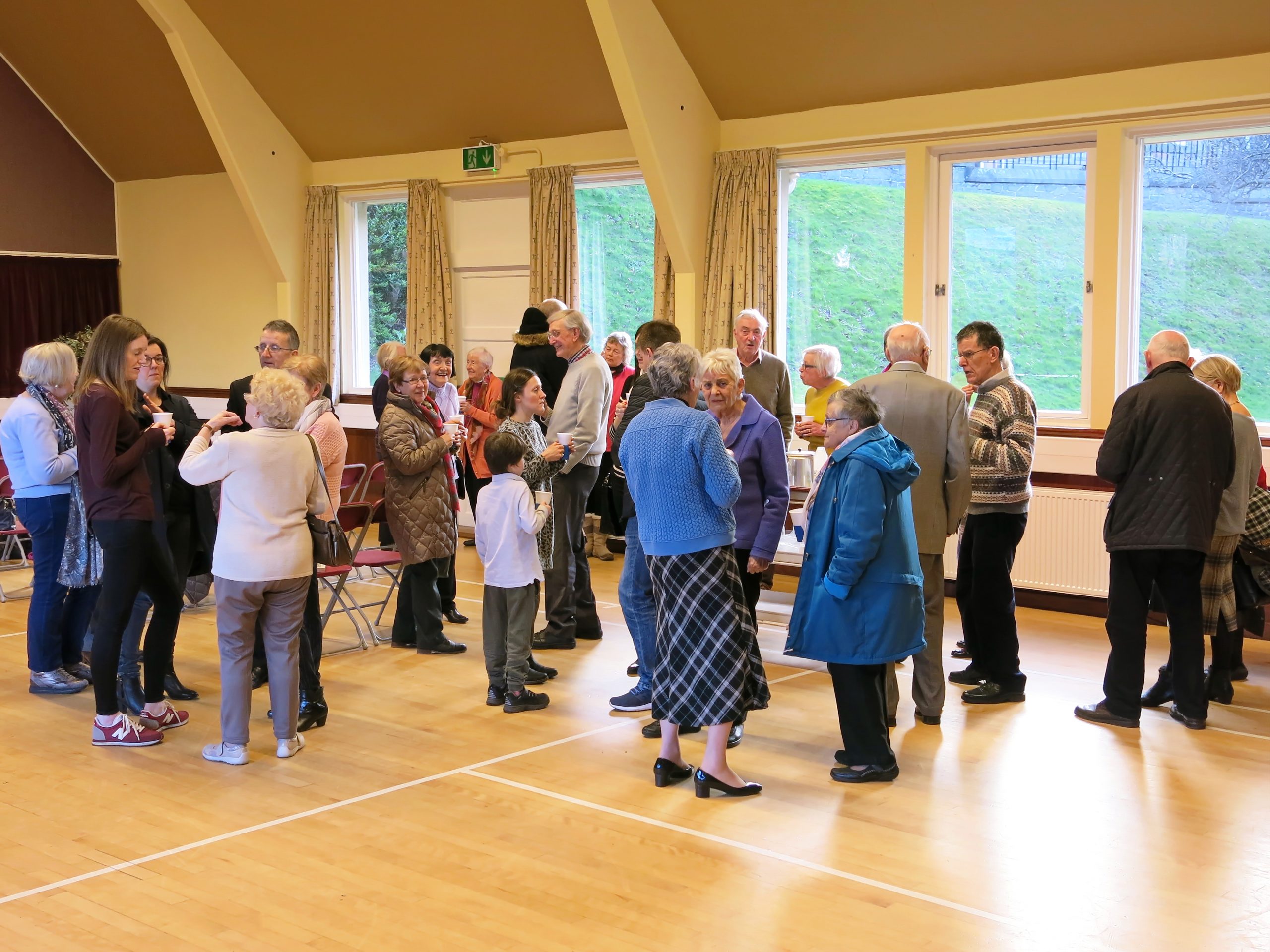 Thirty members and friends responded to the invitation to come and sing hymns at our mini Gymanfa Ganu, and thoroughly enjoyed themselves. Huw and Janet Thomas again performed their ‘double act’, with Janet introducing the items and Huw presiding on the piano, once he’d reminisced about the Easter Gymanfa tradition among Llanelli Baptist Churches!

This year the focus was on hymns that hadn’t been sung during the previous two years. Though this removed many favourite tunes one might have expected to hear, such as Rachie and Calon Lân, the choice didn’t disappoint, and even included Trewen and Bryn Calfaria, these having previously slipped through the net.

As always, we learned new things about the creative people responsible for “the web of Welsh hymn-writing”, and this year we were introduced to the unusual numbering system used in the Society’s (Welsh Presbyterian) hymn books, with different numbers for the words and the tunes. So we sang one of Elfed’s hymns twice to different tunes – Huw playing a third tune that also fitted – and both (thankfully short) hymns to another tune. Harmony was achieved when we had sung twelve hymns and twelve tunes!

We also learned that “Love divine, all loves excelling” had been sung at Huw and Janet’s wedding but, while she remembered the words, he remembered the tune! This was of course Blaenwern, a tune by William Penfro Rowlands that dates from the Welsh revival of 1904–05, the name referring to the farm in Pembrokeshire where the composer convalesced in his youth. We sang Charles Wesley’s words in English, but this was the only exception, and we were even able to sing Stuart Townend’s “How deep the Father’s love for us” in a Welsh translation – it went remarkably well.

Jennifer Welsher made an appearance to thank everyone, and to make a plea for members to bring to the AGM their ideas for celebrating the Society’s Centenary year, and a most enjoyable occasion was suitably concluded around the tea trolley, which gave an opportunity to welcome some new and younger faces. Thank you to everyone who came, and to all the organisers, but especially to Huw and Janet.